“You know how perished Crœsus, Astyages, Darius, Dionysius of Syracuse, Pyrrhus, Perseus, Hannibal, Jugurtha, Ariovistus, Cæsar, Pompey, Nero, Otho, Vitellius, Domitian, Richard II. of England, Edward II., Henry VI., Richard III., Mary Stuart, Charles I., the three Henrys of France, the Emperor Henry IV.! You know——"
"I know also," said Candide, "that we must cultivate our garden."
"You are right," said Pangloss, "for when man was first placed in the Garden of Eden, he was put there ut operaretur eum, that he might cultivate it; which shows that man was not born to be idle."
” source
Original quote
“il faut cultiver notre jardin.” Voltaire, Candide

“Our bodies are gardens, to the which our wills are gardeners;” William Shakespeare, Othello

“I am not fond of the idea of my shrubberies being always approachable; and I should recommend Miss Elliot to be on her guard with respect to her flower garden.” Jane Austen, Persuasion

“God Almighty first planted a garden. And indeed it is the purest of human pleasures.” Francis Bacon, The Essays of Francis Bacon

“Letting a hundred flowers blossom and a hundred schools of thought contend is the policy for promoting the progress of the arts and the sciences and a flourishing socialist culture in our land.” Mao Zedong, Quotations from Chairman Mao Tse-tung

“I never remember feeling tired by work, though idleness exhausts me completely.” Arthur Conan Doyle, The Sign of the Four 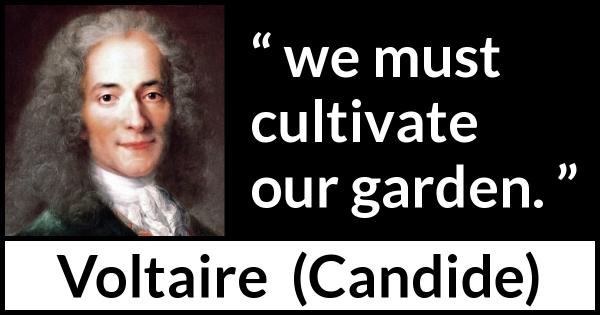 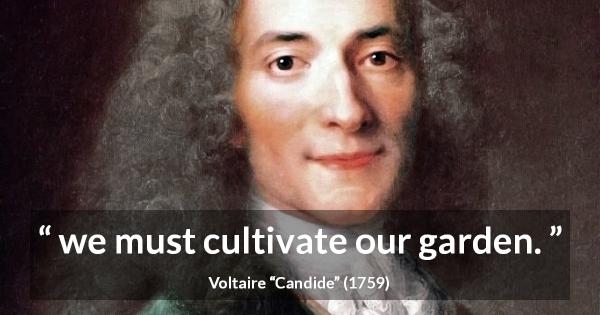 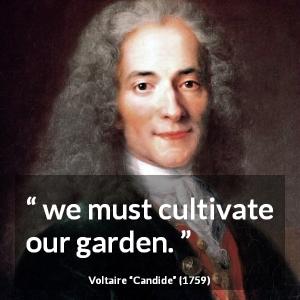 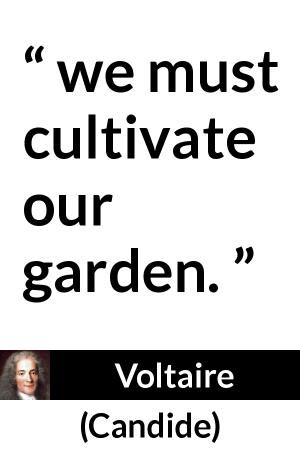