“ she thought there were no Gods; no one was to blame; and so she evolved this atheist's religion of doing good for the sake of goodness. ”
Virginia Woolf, Mrs Dalloway (1925). copy citation

“To see your own sister killed by a falling tree (all Justin Parry's fault—all his carelessness) before your very eyes, a girl too on the verge of life, the most gifted of them, Clarissa always said, was enough to turn one bitter. Later she wasn't so positive, perhaps; she thought there were no Gods; no one was to blame; and so she evolved this atheist's religion of doing good for the sake of goodness.
And of course she enjoyed life immensely. It was her nature to enjoy (though, goodness only knows, she had her reserves; it was a mere sketch, he often felt, that even he, after all these years, could make of Clarissa).” source

“So that, upon the whole, we may conclude, that the Christian Religion not only was at first attended with miracles, but even at this day cannot be believed by any reasonable person without one.” David Hume, An Enquiry Concerning Human Understanding

“I had decided against religion a couple of years back. If it were true, it made fools out of people, or it drew fools. And if it weren't true, the fools were all the more foolish.” Charles Bukowski, Ham on Rye

“He says gods like to see an atheist around. Gives them something to aim at.” Terry Pratchett, Small Gods

“any allegiance to a deity or concept or universal principle which put obedience above decent behavior toward an innocent human being was evil.” Dan Simmons, Hyperion 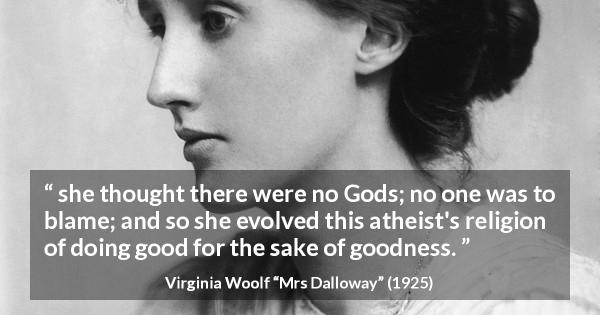 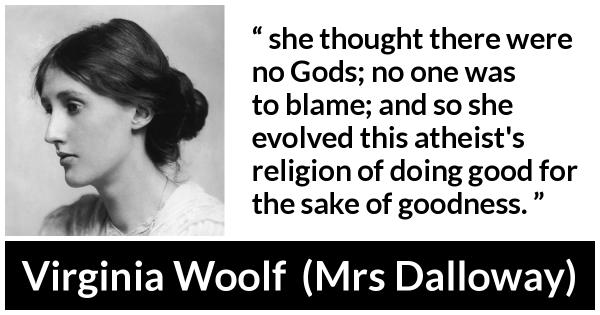 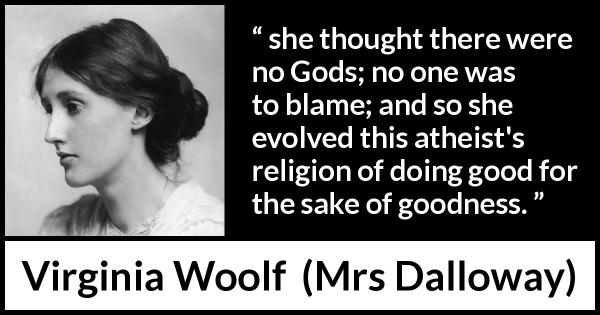 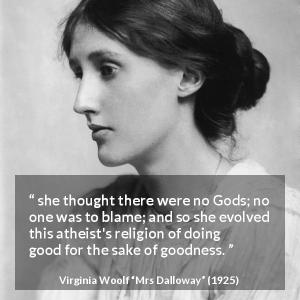 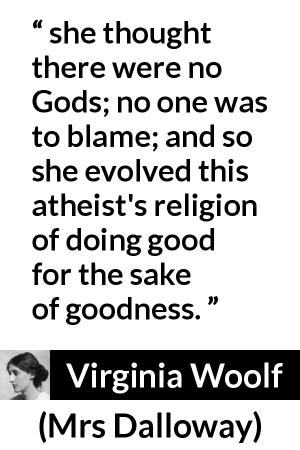 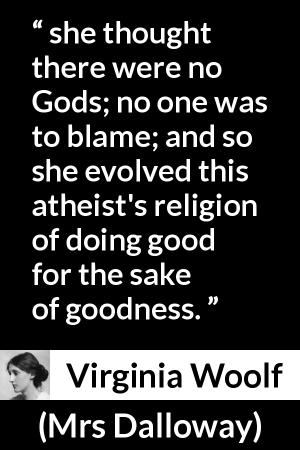