“ think for a moment of the long chain of iron or gold, of thorns or flowers, that would never have bound you, but for the formation of the first link on one memorable day. ”
Charles Dickens, Great Expectations (1861). copy citation

“I fell asleep recalling what I «used to do» when I was at Miss Havisham's; as though I had been there weeks or months, instead of hours; and as though it were quite an old subject of remembrance, instead of one that had arisen only that day.
That was a memorable day to me, for it made great changes in me. But it is the same with any life. Imagine one selected day struck out of it, and think how different its course would have been. Pause you who read this, and think for a moment of the long chain of iron or gold, of thorns or flowers, that would never have bound you, but for the formation of the first link on one memorable day.
CHAPTER X The felicitous idea occurred to me a morning or two later when I woke, that the best step I could take towards making myself uncommon was to get out of Biddy everything she knew. In pursuance of this luminous conception I mentioned to Biddy when I went to Mr. Wopsle's great-aunt's at night, that I had a particular reason for wishing to get on in life, and that I should feel very much obliged to her if she would impart all her learning to me.” source

“A chain is no stronger than its weakest link, and life is after all a chain.” William James, The Varieties of Religious Experience

“A house cannot be made habitable in a day, and after all, how few days go to make up a century.” Bram Stoker, Dracula 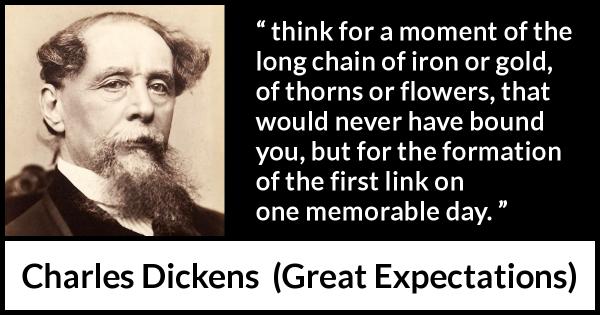 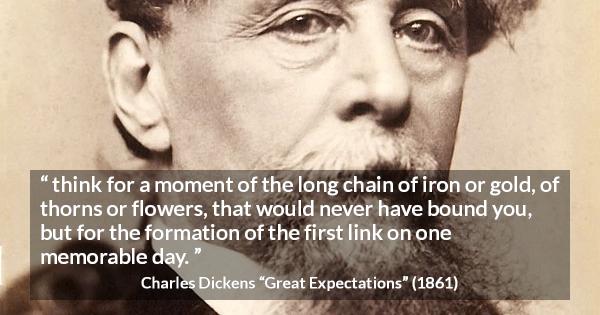 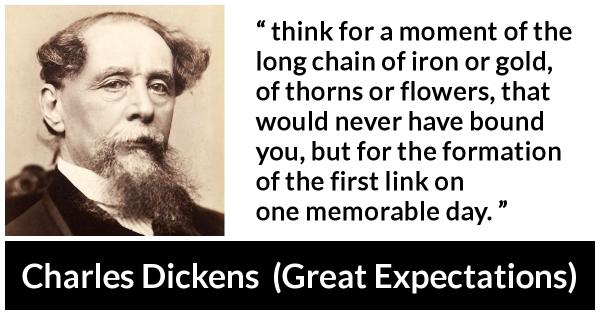 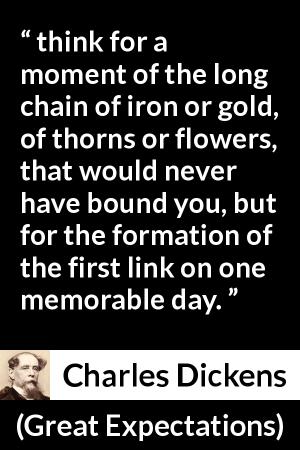 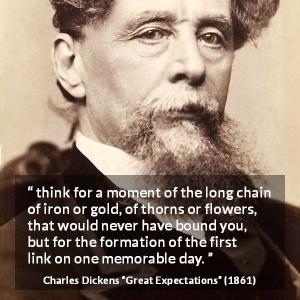 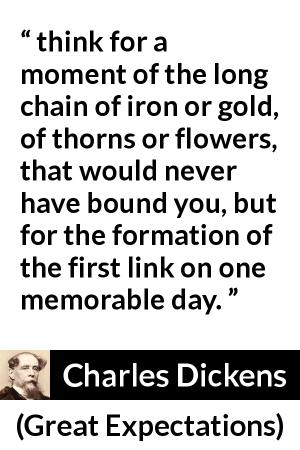