“And the elegant female, drooping her ringlets over her water-colors, knew it and acted on it. She was juggling with frantic and flaming suns. She was maintaining the bold equilibrium of inferiorities which is the most mysterious of superiorities and perhaps the most unattainable. She was maintaining the prime truth of woman, the universal mother: that if a thing is worth doing, it is worth doing badly.
PART FIVE. THE HOME OF MAN
I. THE EMPIRE OF THE INSECT A cultivated Conservative friend of mine once exhibited great distress because in a gay moment I once called Edmund Burke an atheist. I need scarcely say that the remark lacked something of biographical precision; it was meant to.” source

“Of little worth as life is when we misuse it, it is worth that effort. It would cost nothing to lay down if it were not.” Charles Dickens, A Tale of Two Cities

“But that's the wonderful thing about man; he never gets so discouraged or disgusted that he gives up doing it all over again, because he knows very well it is important and worth the doing.” Ray Bradbury, Fahrenheit 451

“Be worthy, love, and love will come” Louisa May Alcott, Little Women 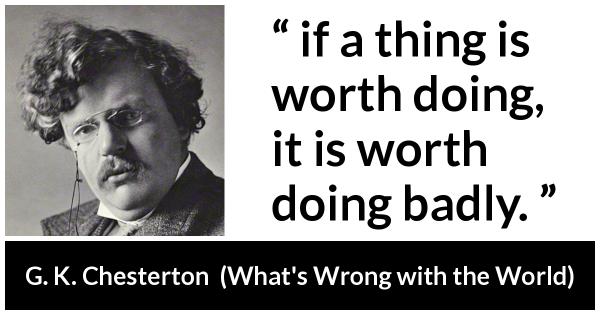 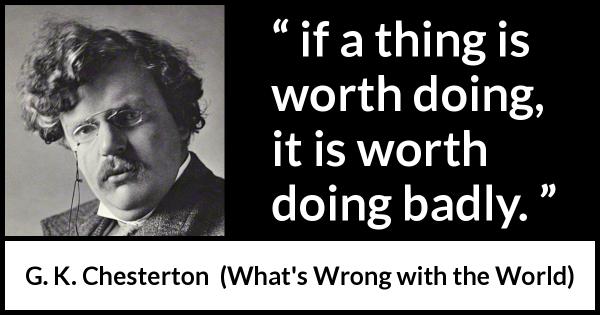 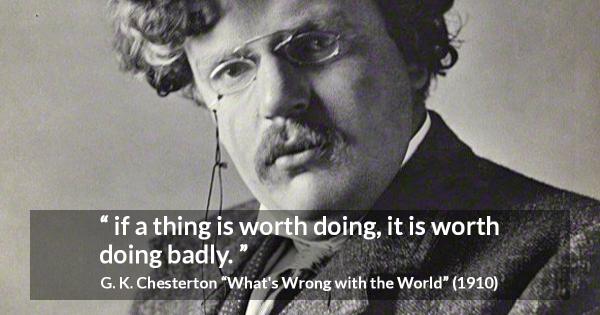 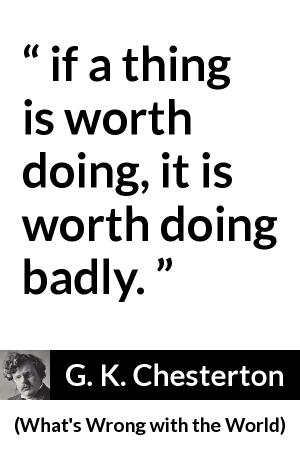 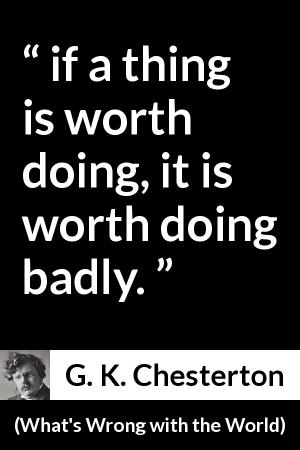 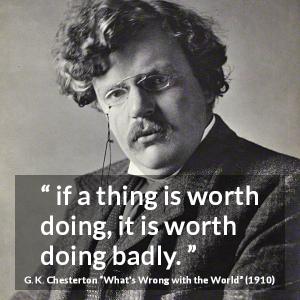