“ She had no need to ask why he had come. She knew as certainly as if he had told her that he was here to be where she was. ”
Leo Tolstoy, Anna Karenina (1877). copy citation

“More than once she had told herself during the past few days, and again only a few moments before, that Vronsky was for her only one of the hundreds of young men, forever exactly the same, that are met everywhere, that she would never allow herself to bestow a thought upon him. But now at the first instant of meeting him, she was seized by a feeling of joyful pride. She had no need to ask why he had come. She knew as certainly as if he had told her that he was here to be where she was.
«I didn't know you were going. What are you coming for?» she said, letting fall the hand with which she had grasped the door post. And irrepressible delight and eagerness shone in her face.
«What am I coming for?»” source

“He felt now that he was not simply close to her, but that he did not know where he ended and she began.” Leo Tolstoy, Anna Karenina

“The smell of her hair, the taste of her mouth, the feeling of her skin seemed to have got inside him, or into the air all round him. She had become a physical necessity, something that he not only wanted but felt that he had a right to.” George Orwell, 1984 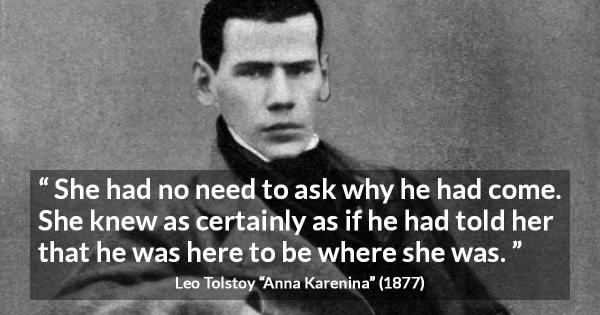 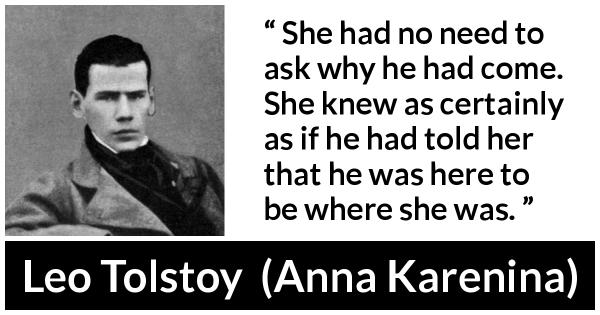 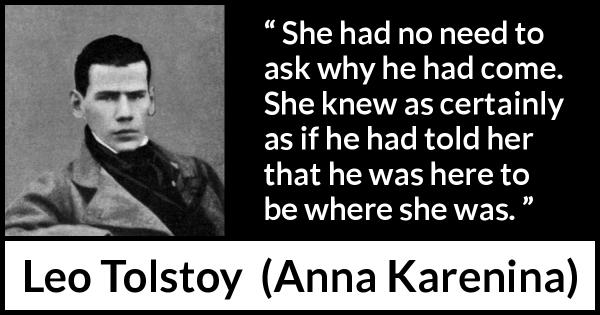 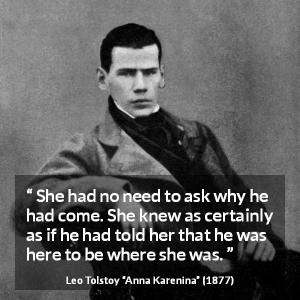 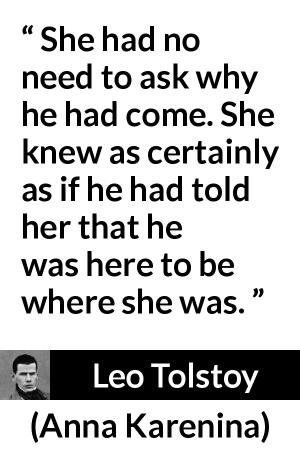 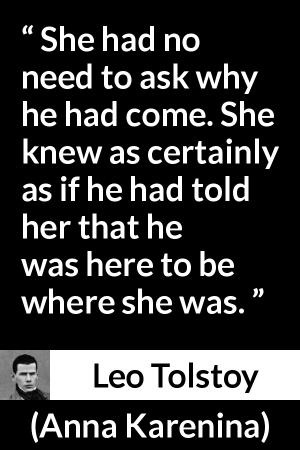