“ I was not born to be forced. I will breathe after my own fashion. Let us see who is the strongest. ”
Henry David Thoreau, Civil Disobedience (1849). copy citation

“
Thus the state never intentionally confronts a man's sense, intellectual or moral, but only his body, his senses. It is not armed with superior wit or honesty, but with superior physical strength. I was not born to be forced. I will breathe after my own fashion. Let us see who is the strongest. What force has a multitude? They only can force me who obey a higher law than I. They force me to become like themselves. I do not hear of men being forced to live this way or that by masses of men. What sort of life were that to live?” source

“Unjust laws exist: shall we be content to obey them, or shall we endeavor to amend them, and obey them until we have succeeded, or shall we transgress them at once?” Henry David Thoreau, Civil Disobedience

“Either you think—or else others have to think for you and take power from you, pervert and discipline your natural tastes, civilize and sterilize you.” F. Scott Fitzgerald, Tender Is the Night

“If a man does not keep pace with his companions, perhaps it is because he hears a different drummer. Let him step to the music which he hears, however measured or far away.” Henry David Thoreau, Walden

“So close to the powers of evil she must have lived that she still breathed more freely in their air.” Edith Wharton, The Age of Innocence 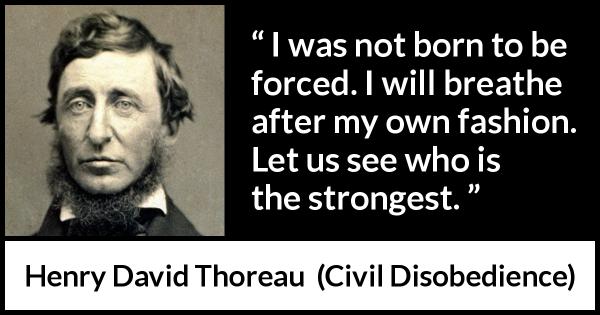 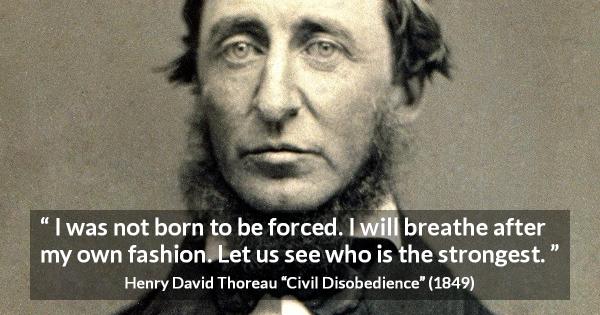 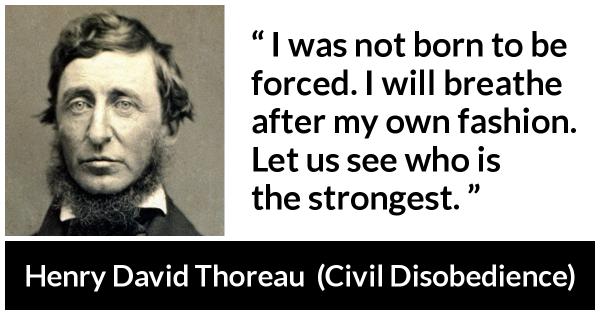 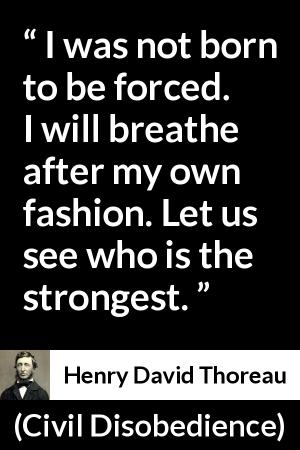 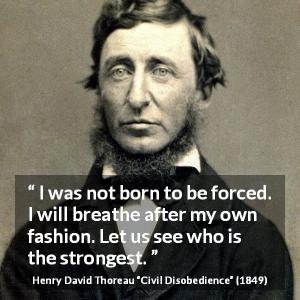 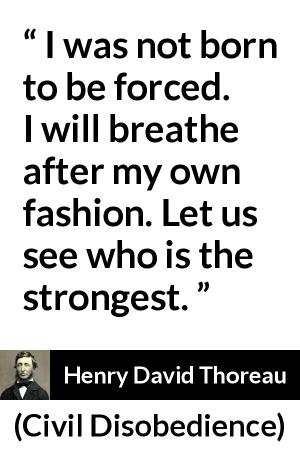