“ To teach how to live without certainty, and yet without being paralyzed by hesitation, is perhaps the chief thing that philosophy, in our age, can still do for those who study it. ”
Bertrand Russell, A History of Western Philosophy (1945). copy citation

“Uncertainty, in the presence of vivid hopes and fears, is painful, but must be endured if we wish to live without the support of comforting fairy tales. It is not good either to forget the questions that philosophy asks, or to persuade ourselves that we have found indubitable answers to them. To teach how to live without certainty, and yet without being paralyzed by hesitation, is perhaps the chief thing that philosophy, in our age, can still do for those who study it.
Philosophy, as distinct from theology, began in Greece in the sixth century B.C. After running its course in antiquity, it was again submerged by theology as Christianity rose and Rome fell. Its second great period, from the eleventh to the fourteenth centuries, was dominated by the Catholic Church, except for a few great rebels, such as the Emperor Frederick II (1195-1250).” source

“Philosophy, though unable to tell us with certainty what is the true answer to the doubts which it raises, is able to suggest many possibilities which enlarge our thoughts and free them from the tyranny of custom.” Bertrand Russell, The Problems of Philosophy

“whoever wishes to become a philosopher must learn not to be frightened by absurdities.” Bertrand Russell, The Problems of Philosophy

“To make light of philosophy is to be a true philosopher.” Blaise Pascal, Pensées

“Be a philosopher; but, amidst all your philosophy, be still a man.” David Hume, An Enquiry Concerning Human Understanding

“Philosophy cannot and should not give faith, but it should understand itself and know what it has to offer and take nothing away, and least of all should fool people out of something as if it were nothing.” Søren Kierkegaard, Fear and Trembling

“In Kant's language, even 'Good morning,' suitably pronounced, can take the shape of a metaphysical thesis.” Milan Kundera, The Unbearable Lightness of Being 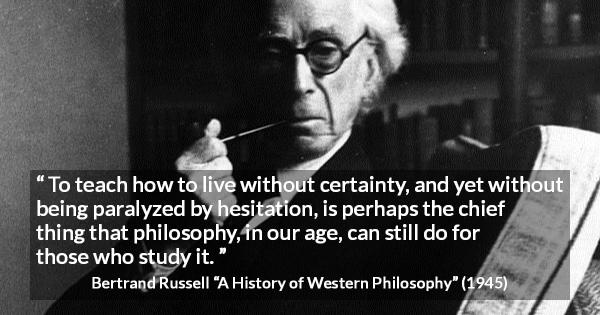 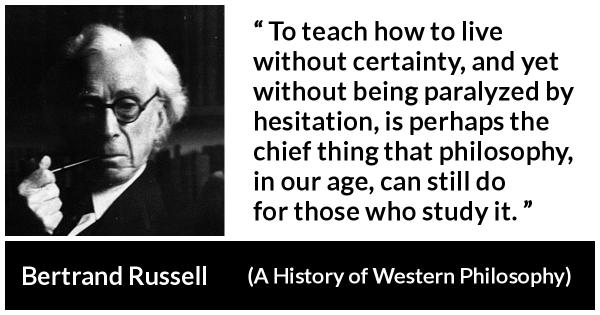 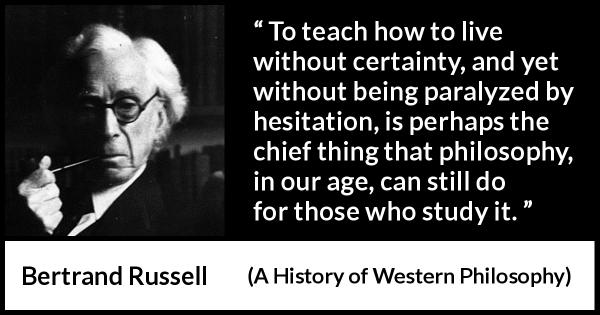 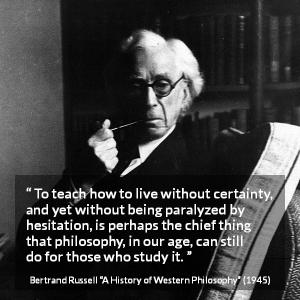 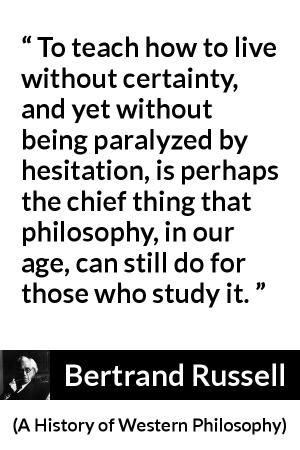 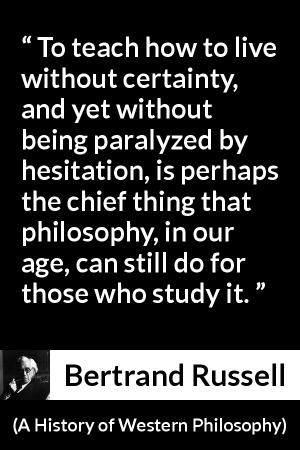