“ In one respect at least the Martians are a happy people; they have no lawyers. ”
Edgar Rice Burroughs, A Princess of Mars (1912). copy citation

“Customs have been handed down by ages of repetition, but the punishment for ignoring a custom is a matter for individual treatment by a jury of the culprit's peers, and I may say that justice seldom misses fire, but seems rather to rule in inverse ratio to the ascendency of law. In one respect at least the Martians are a happy people; they have no lawyers.
I did not see the prisoner again for several days subsequent to our first encounter, and then only to catch a fleeting glimpse of her as she was being conducted to the great audience chamber where I had had my first meeting with Lorquas Ptomel.” source

“the only relationship that can make both partners happy is one in which sentimentality has no place and neither partner makes any claim on the life and freedom of the other.” Milan Kundera, The Unbearable Lightness of Being

“if there were no bad people, there would be no good lawyers.” Charles Dickens, The Old Curiosity Shop

“LAWYER, n. One skilled in circumvention of the law.” Ambrose Bierce, The Devil's Dictionary 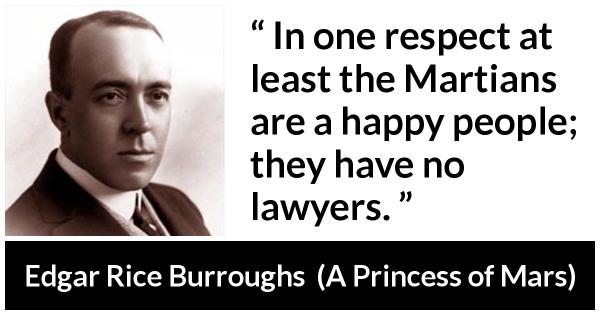 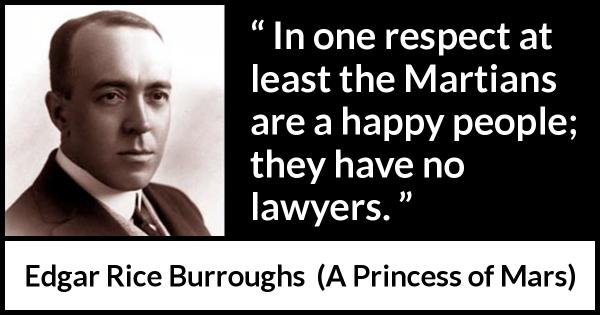 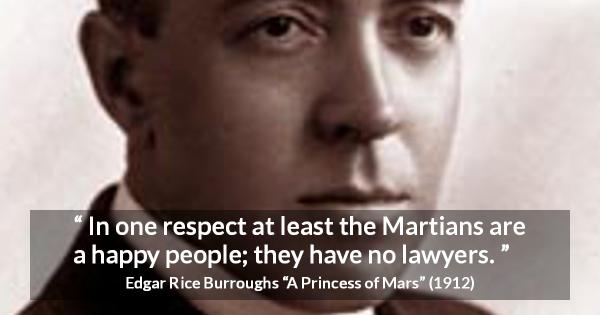 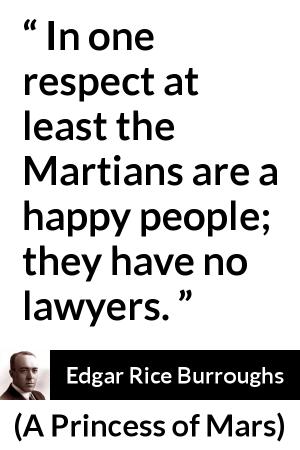 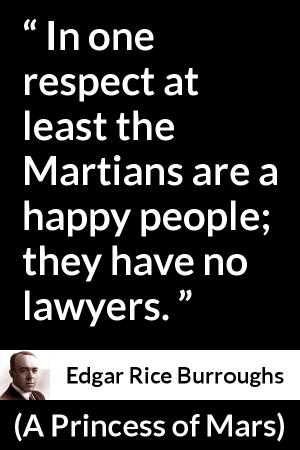 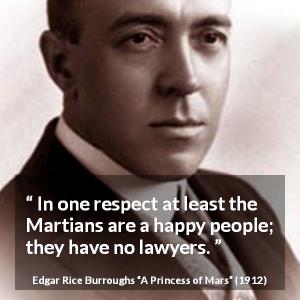