“ The earth does not want new continents, but new men. ”
Jules Verne, Twenty Thousand Leagues under the Sea (1870). copy citation

“Then this new island will be joined later on to the neighboring groups, and a fifth continent will stretch from New Zealand and New Caledonia, and from thence to the Marquesas.
One day, when I was suggesting this theory to Captain Nemo, he replied coldly: "The earth does not want new continents, but new men."
Chance had conducted the Nautilus towards the Island of Clermont-Tonnere, one of the most curious of the group, that was discovered in 1822 by Captain Bell of the Minerva. I could study now the madreporal system, to which are due the islands in this ocean.” source
Original quote
“Ce ne sont pas de nouveaux continents qu'il faut à la terre, mais de nouveaux hommes !” Jules Verne, Vingt Mille Lieues sous les mers

“Again, men in general desire the good, and not merely what their fathers had.” Aristotle, Politics

“Well, my friend, this earth will one day be that cold corpse; it will become uninhabitable and uninhabited like the moon, which has long since lost all its vital heat.” Jules Verne, Twenty Thousand Leagues under the Sea

“There is a world elsewhere.” William Shakespeare, Coriolanus

“Stories are relics, part of an undiscovered pre-existing world.” Stephen King, On Writing: A Memoir of the Craft 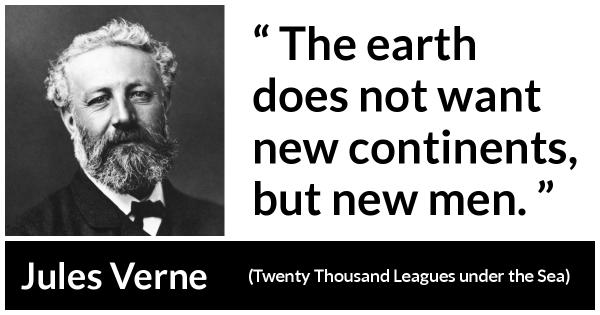 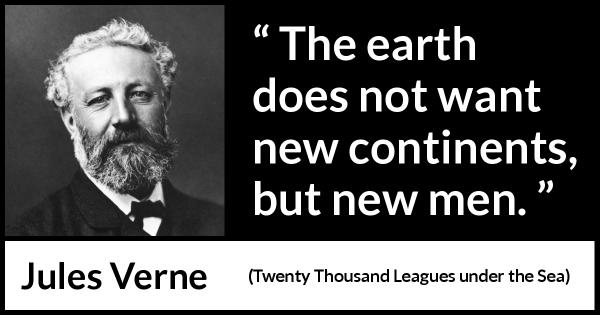 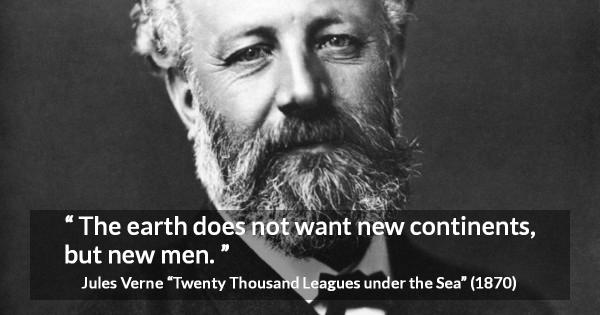 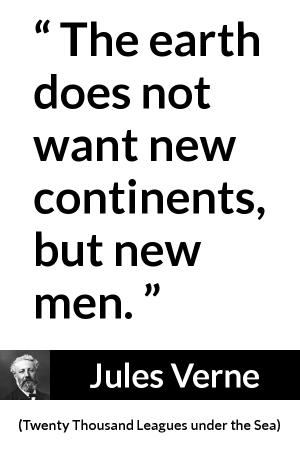 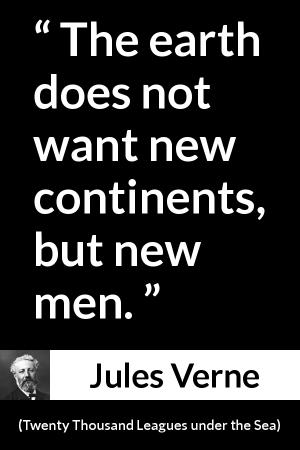 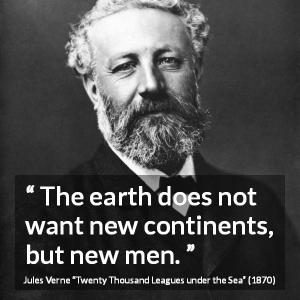