“ When I refuse to obey an unjust law, I do not contest the right which the majority has of commanding, but I simply appeal from the sovereignty of the people to the sovereignty of mankind. ”
Alexis de Tocqueville, Democracy in America (1835). copy citation

“A nation may be considered in the light of a jury which is empowered to represent society at large, and to apply the great and general law of justice. Ought such a jury, which represents society, to have more power than the society in which the laws it applies originate?
When I refuse to obey an unjust law, I do not contest the right which the majority has of commanding, but I simply appeal from the sovereignty of the people to the sovereignty of mankind. It has been asserted that a people can never entirely outstep the boundaries of justice and of reason in those affairs which are more peculiarly its own, and that consequently, full power may fearlessly be given to the majority by which it is represented.” source
Original quote
“Quand donc je refuse d'obéir à une loi injuste, je ne dénie point à la majorité le droit de commander, j'en appelle seulement de la souveraineté du peuple à la souveraineté du genre humain.” Alexis de Tocqueville, De la démocratie en Amérique

“From a political point of view, there is but a single principle; the sovereignty of man over himself. This sovereignty of myself over myself is called Liberty.” Victor Hugo, Les Misérables
“one has a moral responsibility to disobey unjust laws.” Martin Luther King, Jr., Letter from a Birmingham Jail 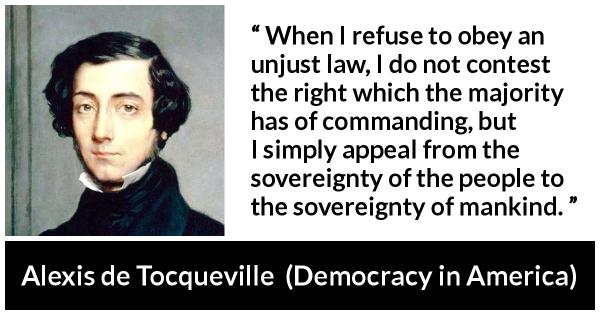 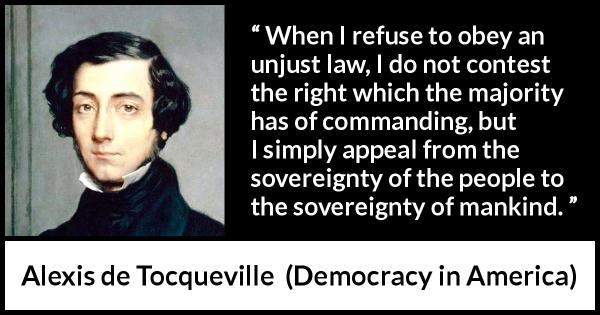 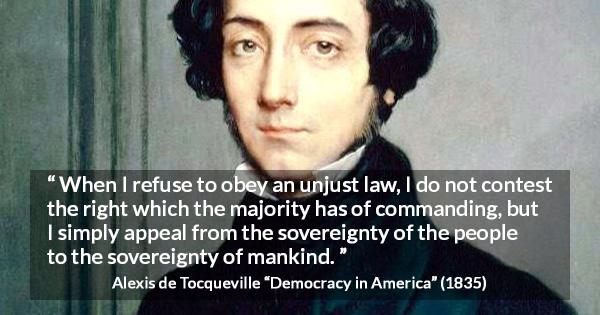 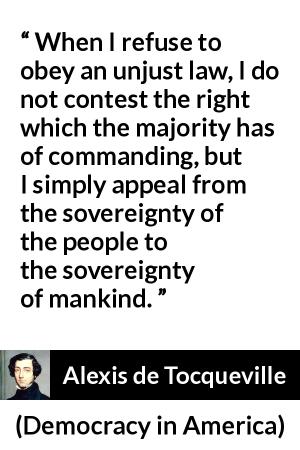 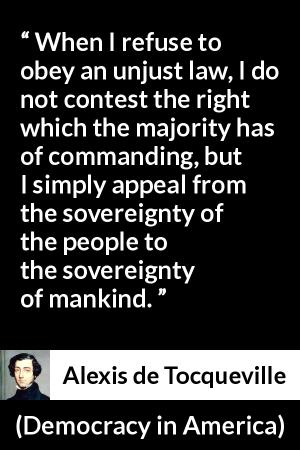 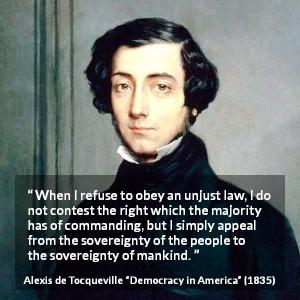