“ Women are constantly trying to commit suicide for love, but generally they take care not to succeed. ”
W. Somerset Maugham, The Moon and Sixpence (1919). copy citation

“The doctor faintly shrugged his shoulders.
"There is no immediate danger," he said, in answer to our questioning. "One doesn't know how much she took. It may be that she will get off with a fright. Women are constantly trying to commit suicide for love, but generally they take care not to succeed. It's generally a gesture to arouse pity or terror in their lover."
There was in his tone a frigid contempt. It was obvious that to him Blanche Stroeve was only a unit to be added to the statistical list of attempted suicides in the city of Paris during the current year.” source

“I am sick of women who love one. Women who hate one are much more interesting.” Oscar Wilde, The Picture of Dorian Gray

“Beautiful women never have time. They are always so occupied in being jealous of other people's husbands.” Oscar Wilde, A Woman of No Importance

“Women seem to have almost unlimited capacity for forgiveness.” Robert A. Heinlein, The Cat Who Walks Through Walls

“You have endless ways you can commit suicide without dying dying.” Chuck Palahniuk, Diary

“Some women's love of being loved is insatiable; and so, often, is their love of loving; and in the last case they may find that they can't give it continuously to the chamber-officer appointed by the bishop's licence to receive it.” Thomas Hardy, Jude the Obscure

“It's hard to love a woman and do anything.” Leo Tolstoy, Anna Karenina

“The fickleness of women I love is only equaled by the infernal constancy of the women who love me.” George Bernard Shaw, The Philanderer 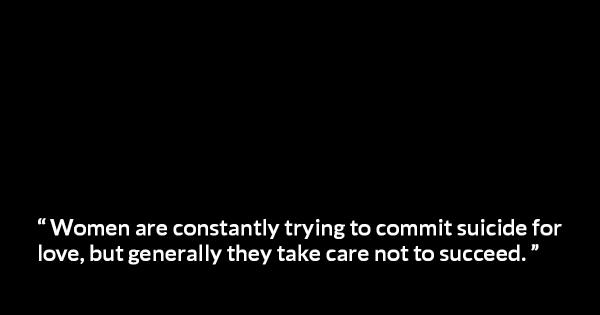 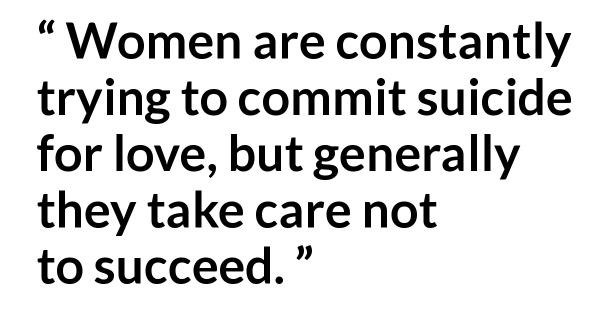 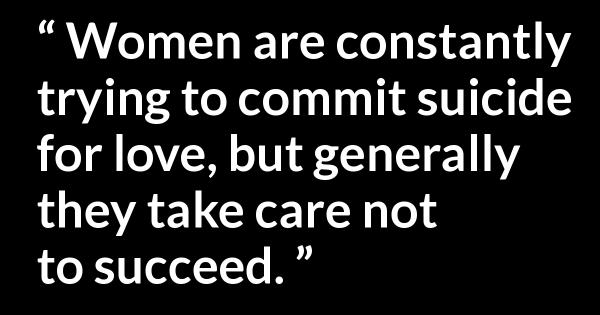 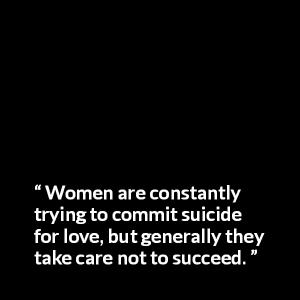 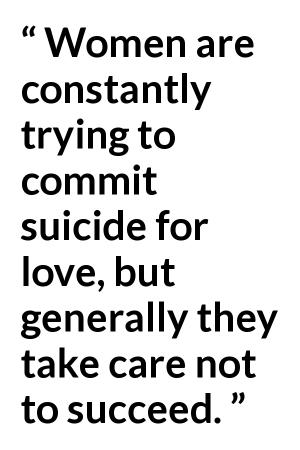 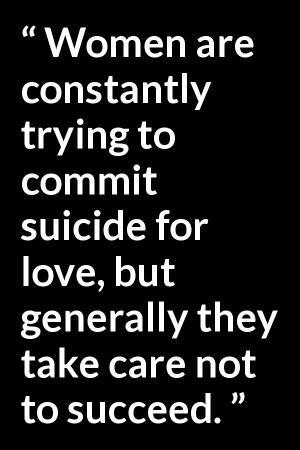