“ The fourth member of the party, however, was too excited to be genuinely happy. ”
James Joyce, Dubliners (1914). copy citation

“He was so happy that this grieved him more than it would have done at any other time.” Boris Vian, Froth on the Daydream

“I want to give a really bad party. I mean it. I want to give a party where there's a brawl and seductions and people going home with their feelings hurt and women passed out in the cabinet de toilette. You wait and see.” F. Scott Fitzgerald, Tender Is the Night 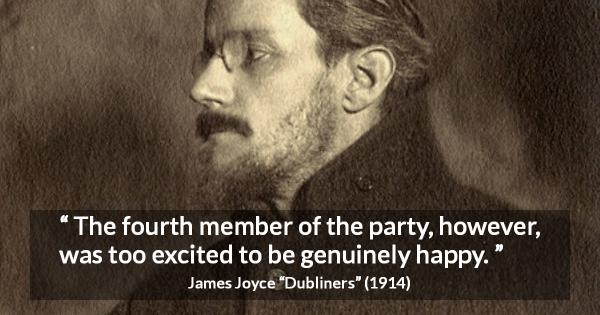 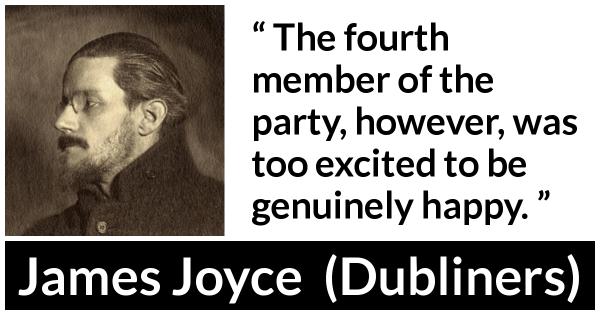 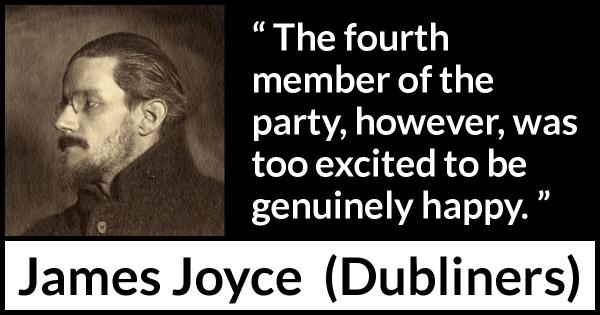 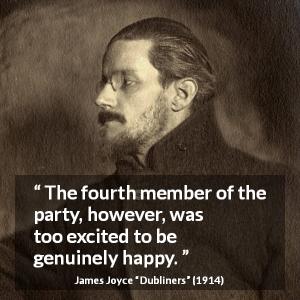 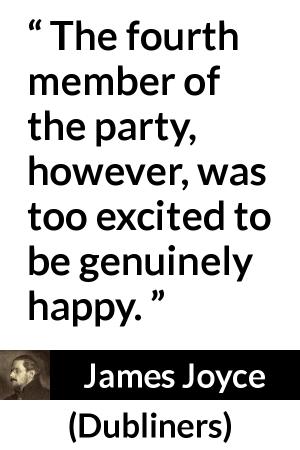 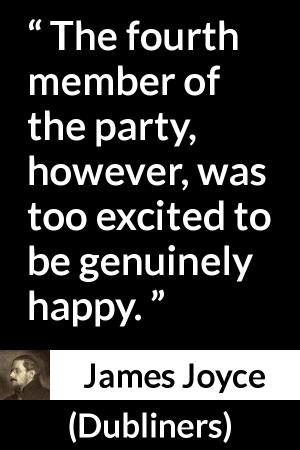