“ In reality they all lived in a kind of hieroglyphic world, where the real thing was never said or done or even thought, but only represented by a set of arbitrary signs ”
Edith Wharton, The Age of Innocence (1920). copy citation

“Archer tried to console himself with the thought that he was not quite such an ass as Larry Lefferts, nor May such a simpleton as poor Gertrude; but the difference was after all one of intelligence and not of standards. In reality they all lived in a kind of hieroglyphic world, where the real thing was never said or done or even thought, but only represented by a set of arbitrary signs; as when Mrs. Welland, who knew exactly why Archer had pressed her to announce her daughter's engagement at the Beaufort ball (and had indeed expected him to do no less), yet felt obliged to simulate reluctance, and the air of having had her hand forced, quite as, in the books on Primitive Man that people of advanced culture were beginning to read, the savage bride is dragged with shrieks from her parents' tent.
The result, of course, was that the young girl who was the centre of this elaborate system of mystification remained the more inscrutable for her very frankness and assurance. She was frank, poor darling, because she had nothing to conceal, assured because she knew of nothing to be on her guard against; and with no better preparation than this, she was to be plunged overnight into what people evasively called "the facts of life."” source

“Supplication, worship, prayer are no superstition; they are acts more real than the acts of eating, drinking, sitting or walking. It is no exaggeration to say that they alone are real, all else is unreal.” Mahatma Gandhi, The Story of my Experiments with Truth

“As if there could possibly be true stories; things happen one way and we tell about them in the opposite sense.” Jean-Paul Sartre, Nausea 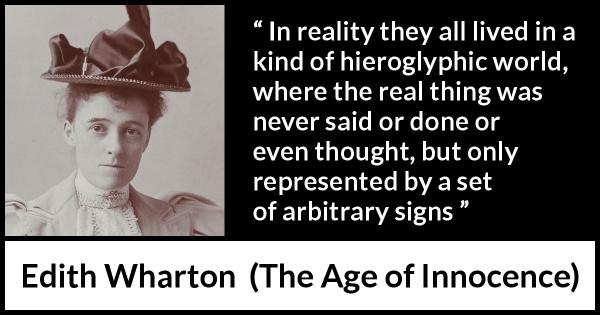 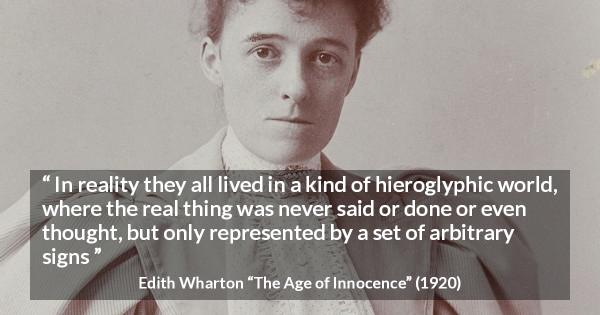 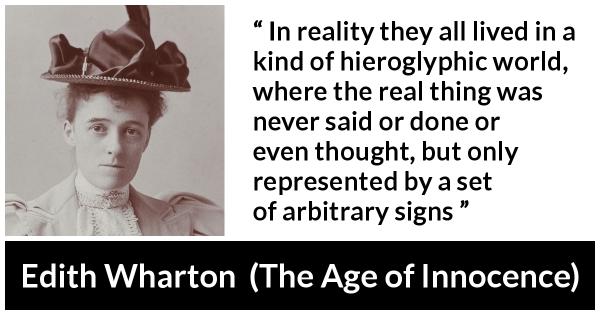 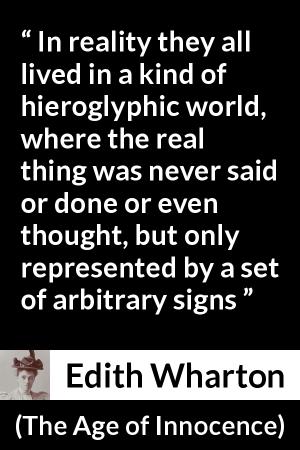 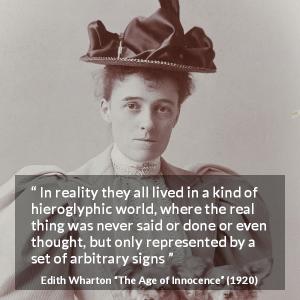 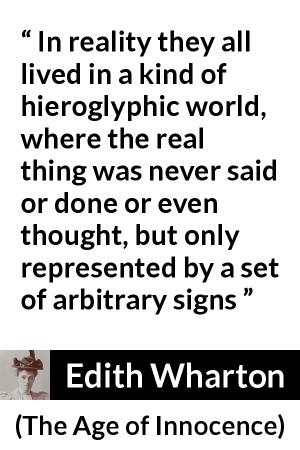