“ women; they can watch a world which they never saw, and estimate forces of which they have only heard. We call it intuition. ”
Thomas Hardy, The Return of the Native (1878). copy citation

“Blacklock, a poet blind from his birth, could describe visual objects with accuracy; Professor Sanderson, who was also blind, gave excellent lectures on colour, and taught others the theory of ideas which they had and he had not. In the social sphere these gifted ones are mostly women; they can watch a world which they never saw, and estimate forces of which they have only heard. We call it intuition.
What was the great world to Mrs. Yeobright? A multitude whose tendencies could be perceived, though not its essences. Communities were seen by her as from a distance; she saw them as we see the throngs which cover the canvases of Sallaert, Van Alsloot, and others of that school—vast masses of beings, jostling, zigzagging, and processioning in definite directions, but whose features are indistinguishable by the very comprehensiveness of the view.” source

“It's queer how out of touch with truth women are. They live in a world of their own, and there has never been anything like it, and never can be. It is too beautiful altogether, and if they were to set it up it would go to pieces before the first...” Joseph Conrad, Heart of Darkness 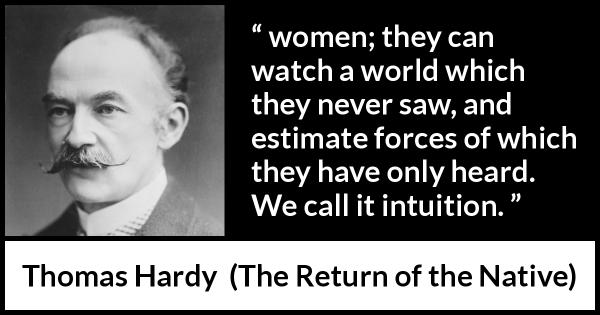 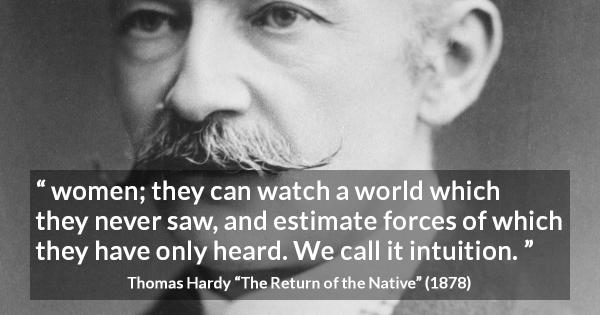 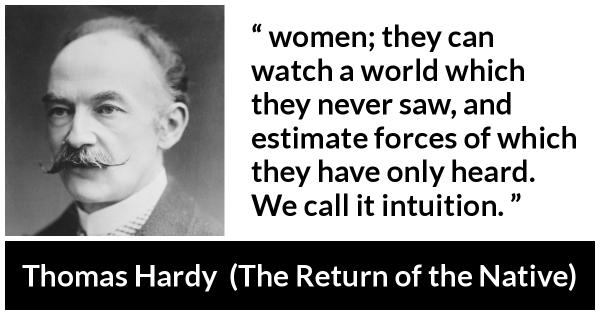 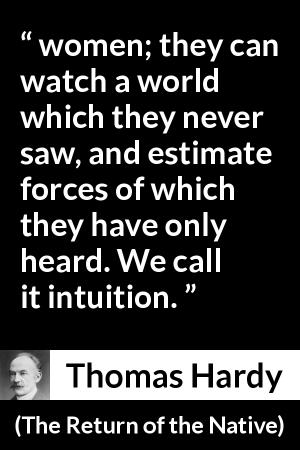 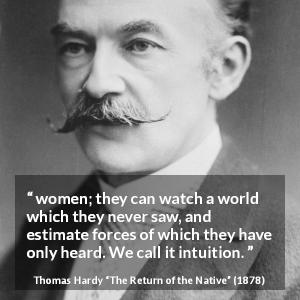 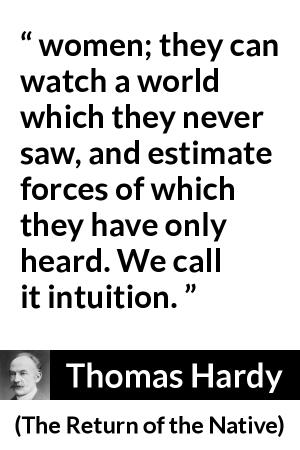