“ an unalterable and unquestioned law of the musical world required that the German text of French operas sung by Swedish artists should be translated into Italian for the clearer understanding of English-speaking audiences. ”
Edith Wharton, The Age of Innocence (1920). copy citation

“This was especially the case when the pleasure was a delicate one, as his pleasures mostly were; and on this occasion the moment he looked forward to was so rare and exquisite in quality that—well, if he had timed his arrival in accord with the prima donna's stage-manager he could not have entered the Academy at a more significant moment than just as she was singing: "He loves me—he loves me not—HE LOVES ME!—" and sprinkling the falling daisy petals with notes as clear as dew.
She sang, of course, "M'ama!" and not "he loves me," since an unalterable and unquestioned law of the musical world required that the German text of French operas sung by Swedish artists should be translated into Italian for the clearer understanding of English-speaking audiences. This seemed as natural to Newland Archer as all the other conventions on which his life was moulded: such as the duty of using two silver-backed brushes with his monogram in blue enamel to part his hair, and of never appearing in society without a flower (preferably a gardenia) in his buttonhole.” source

“Definitions are rules for the translation of one language into another.” Ludwig Wittgenstein, Tractatus Logico-Philosophicus

“Only the language of civilized people may be spoken, thus no German.” Anne Frank, The Diary of a Young Girl

“English is the largest human tongue; its variety, subtlety, and irrational idiomatic complexity make it possible to say things in English which cannot be said in any other language.” Robert A. Heinlein, Stranger in a Strange Land

“To sing you must first open your mouth. You must have a pair of lungs, and a little knowledge of music. It is not necessary to have an accordion, or a guitar. The essential thing is to want to sing. This then is a song. I am singing.” Henry Miller, Tropic of Cancer

“He wanted to cry quietly but not for himself: for the words, so beautiful and sad, like music.” James Joyce, A Portrait of the Artist as a Young Man 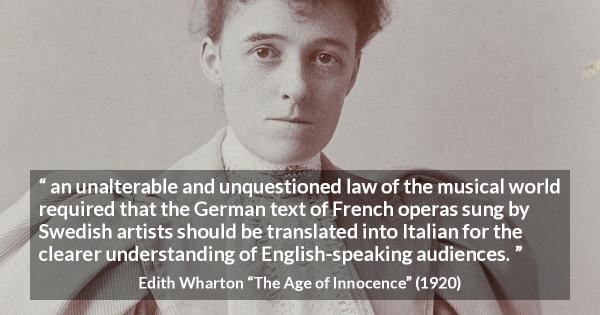 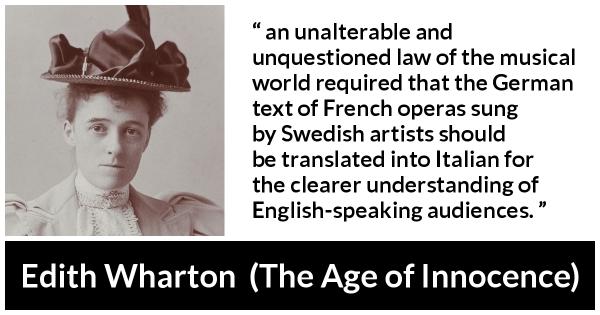 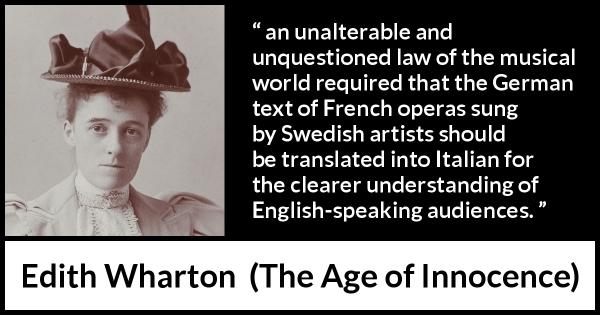 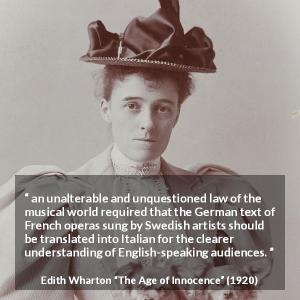 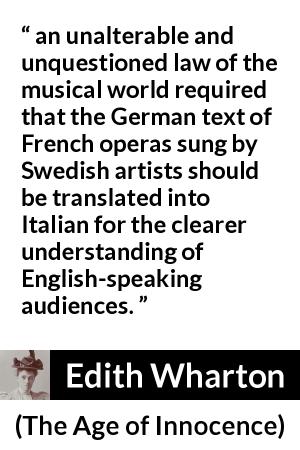 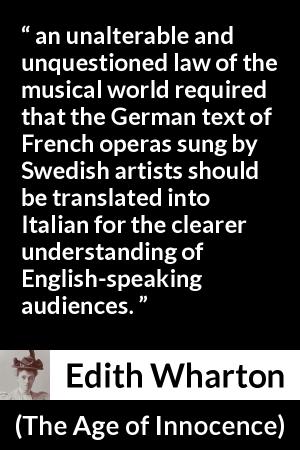