“ remember that your motives are not always as altruistic as they seem to yourself. ”
Bertrand Russell, The Conquest of Happiness (1930). copy citation

“Disgusted and disillusioned, he retires from the world after the world has retired from him, and regrets that he ever attempted so thankless a task as the pursuit of the public good.
These illustrations suggest four general maxims, which will prove an adequate preventive of persecution mania if their truth is sufficiently realised. The first is: remember that your motives are not always as altruistic as they seem to yourself. The second is: don't overestimate your own merits. The third is: don't expect others to take as much interest in you as you do yourself. And the fourth is: don't imagine that most people give enough thought to you to have any special desire to persecute you.” source

“We must never forget that human motives are generally far more complicated than we are apt to suppose, and that we can very rarely accurately describe the motives of another.” Fyodor Dostoyevsky, The Idiot

“How selfish soever man may be supposed, there are evidently some principles in his nature, which interest him in the fortune of others, and render their happiness necessary to him, though he derives nothing from it except the pleasure of seeing it.” Adam Smith, The Theory of Moral Sentiments 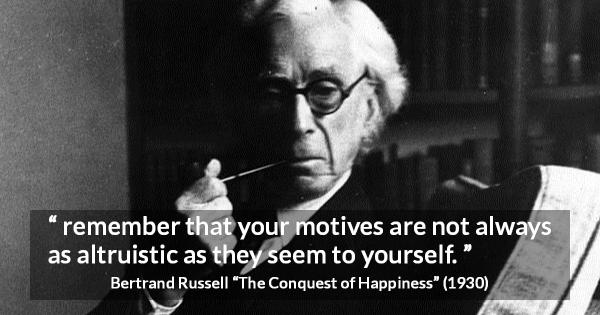 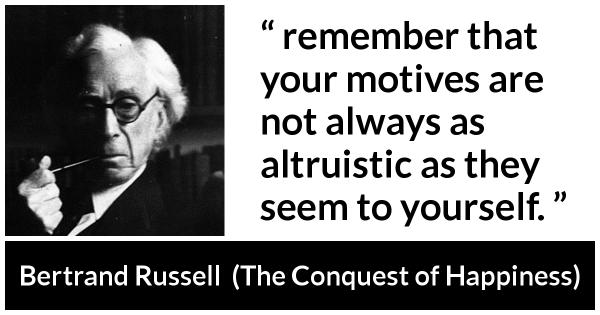 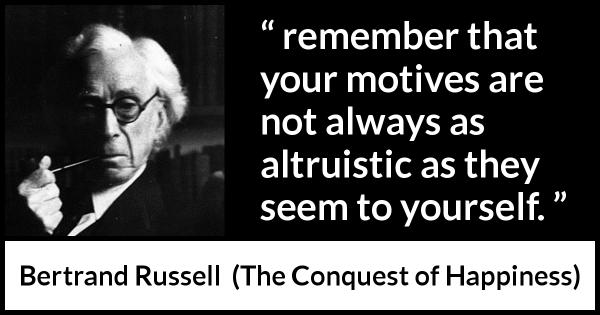 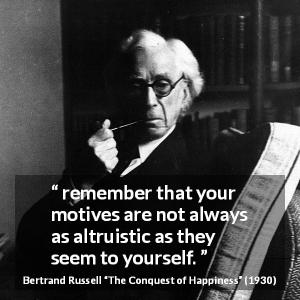 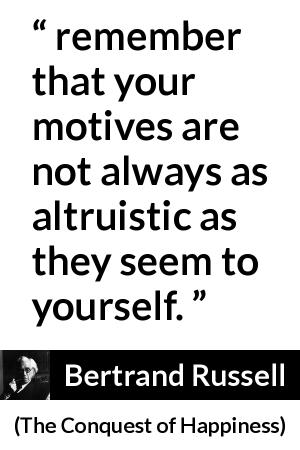 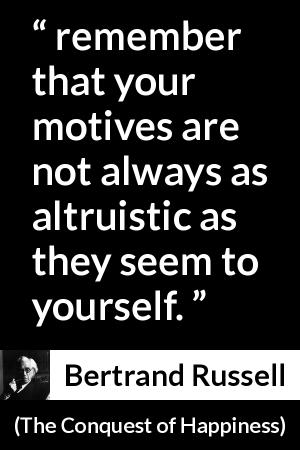