“ don't expect others to take as much interest in you as you do yourself. ”
Bertrand Russell, The Conquest of Happiness (1930). copy citation

“These illustrations suggest four general maxims, which will prove an adequate preventive of persecution mania if their truth is sufficiently realised. The first is: remember that your motives are not always as altruistic as they seem to yourself. The second is: don't overestimate your own merits. The third is: don't expect others to take as much interest in you as you do yourself. And the fourth is: don't imagine that most people give enough thought to you to have any special desire to persecute you. I shall say a few words about each of these maxims in turn.
Suspicion of one's own motives is especially necessary for the philanthropist and the executive; such people have a vision of how the world, or some part of it, should be, and they feel, sometimes rightly, sometimes wrongly, that in realising their vision they will be conferring a boon upon mankind or some section of it.” source 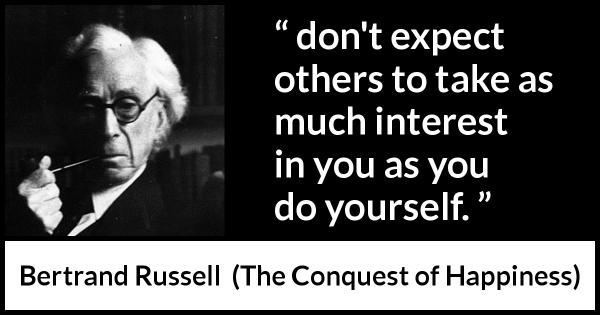 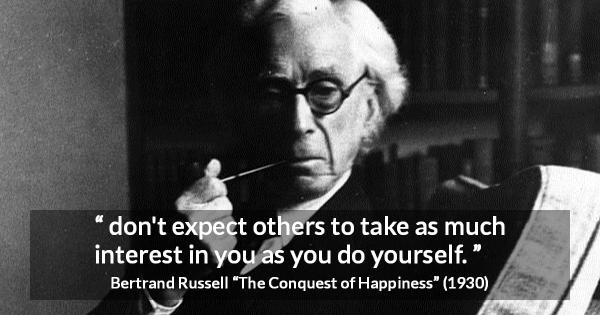 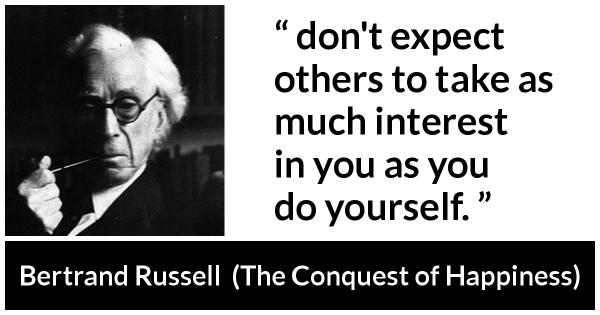 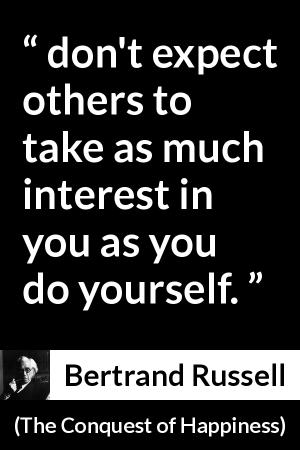 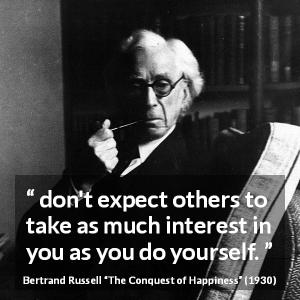 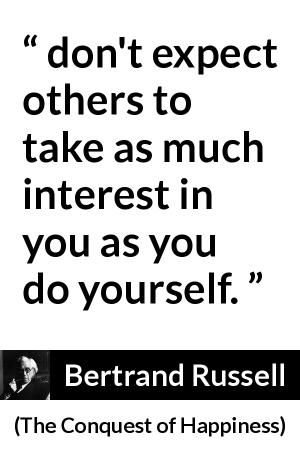