“ Know how complicated it is and then state it simply. ”
Ernest Hemingway, The Garden of Eden (1986). copy citation

“It had gone so simply and easily that he thought it was probably worthless. Be careful, he said to himself, it is all very well for you to write simply and the simpler the better. But do not start to think so damned simply. Know how complicated it is and then state it simply. Do you suppose the Grau du Roi time was all simple because you could write a little of it simply?
He went on writing in pencil in the cheap, lined, school notebook that was called a cahier and already numbered one in roman numeral.” source

“It's the simple things in life that are the most extraordinary; only wise men are able to understand them.” Paulo Coelho, The Alchemist

“Please observe, gentlemen, how facts which at first seem improbable will, even on scant explanation, drop the cloak which has hidden them and stand forth in naked and simple beauty.” Galileo Galilei, Dialogue Concerning the Two Chief World Systems

“The solution of logical problems must be simple for they set the standard of simplicity.” Ludwig Wittgenstein, Tractatus Logico-Philosophicus

“The most difficult subjects can be explained to the most slow-witted man if he has not formed any idea of them already; but the simplest thing cannot be made clear to the most intelligent man if he is firmly persuaded that he knows already,...” Leo Tolstoy, The Kingdom of God Is Within You

“start small, and think about the details.” Linus Torvalds 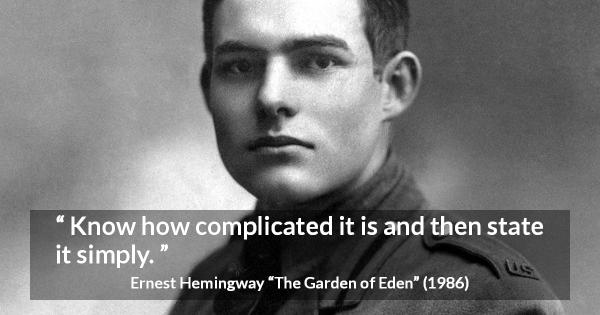 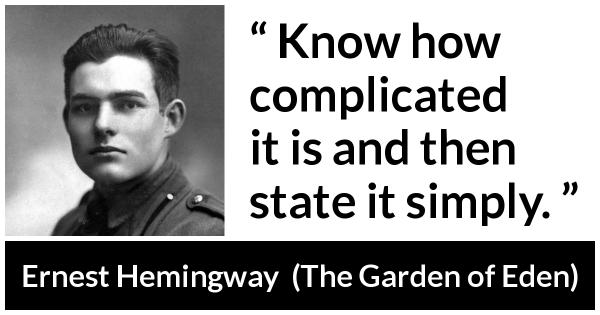 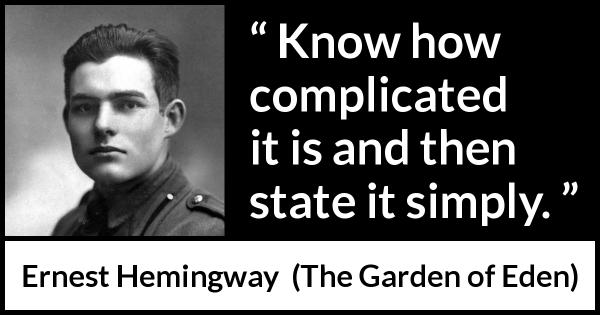 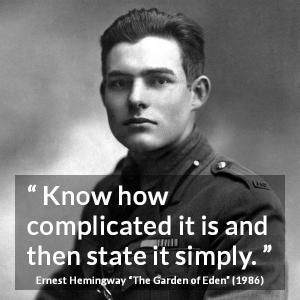 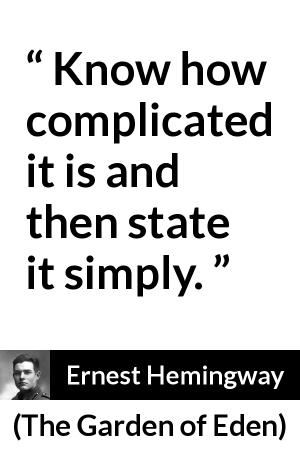 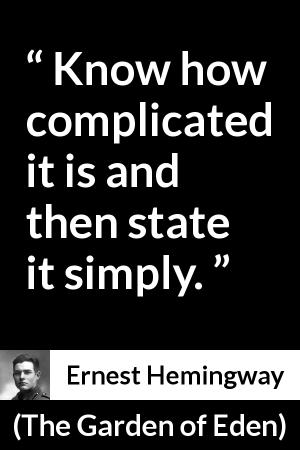