“ It is the business of the very few to be independent; it is a privilege of the strong. ”
Friedrich Nietzsche, Beyond Good and Evil (1886). copy citation

“And with regard to Aristophanes—that transfiguring, complementary genius, for whose sake one PARDONS all Hellenism for having existed, provided one has understood in its full profundity ALL that there requires pardon and transfiguration; there is nothing that has caused me to meditate more on PLATO'S secrecy and sphinx-like nature, than the happily preserved petit fait that under the pillow of his death-bed there was found no "Bible," nor anything Egyptian, Pythagorean, or Platonic—but a book of Aristophanes. How could even Plato have endured life—a Greek life which he repudiated—without an Aristophanes!
29. It is the business of the very few to be independent; it is a privilege of the strong. And whoever attempts it, even with the best right, but without being OBLIGED to do so, proves that he is probably not only strong, but also daring beyond measure. He enters into a labyrinth, he multiplies a thousandfold the dangers which life in itself already brings with it; not the least of which is that no one can see how and where he loses his way, becomes isolated, and is torn piecemeal by some minotaur of conscience.” source

“I always run into strong women who are looking for weak men to dominate them.” Andy Warhol, The Philosophy of Andy Warhol

“Fairies have to be one thing or the other, because being so small they unfortunately have room for one feeling only at a time.” J. M. Barrie, Peter Pan

“Everybody has to feel superior to somebody . . . But it's customary to present a little proof before you take the privilege.” Truman Capote, Breakfast at Tiffany's 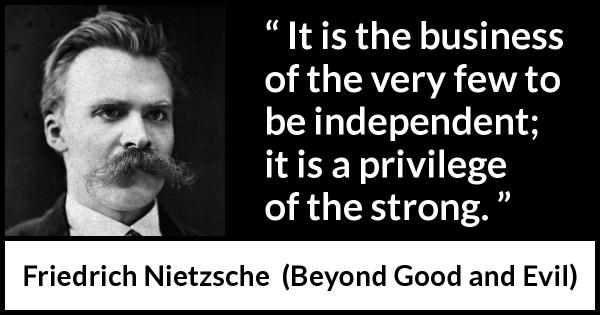 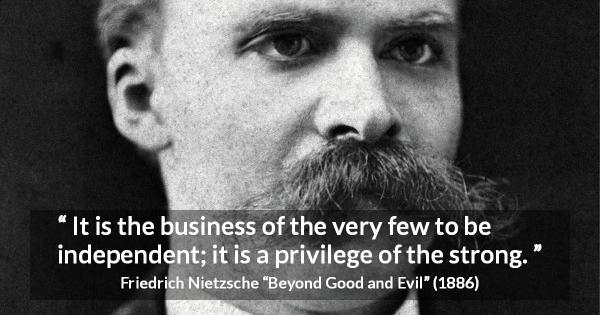 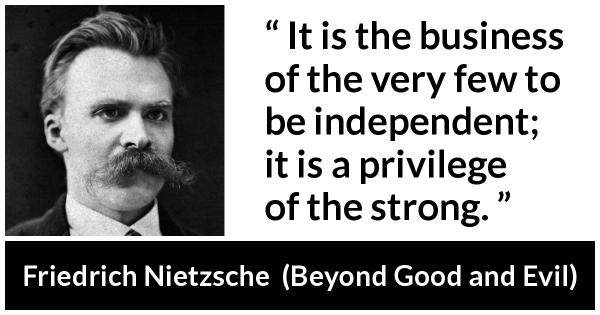 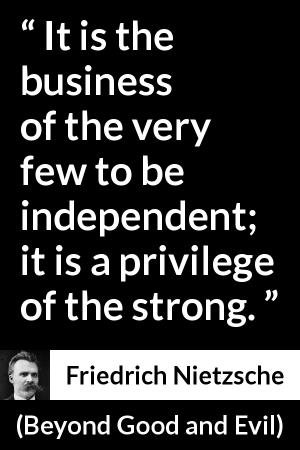 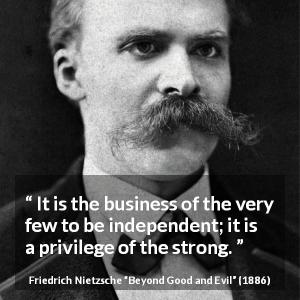 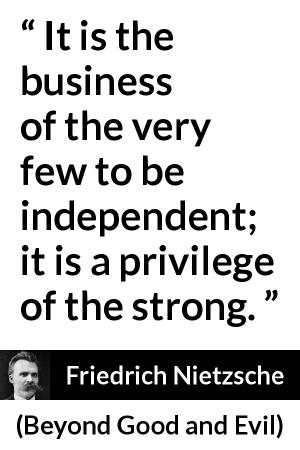