“ it is better for reputation to fail conventionally than to succeed unconventionally. ”
John Maynard Keynes, The General Theory of Employment, Interest and Money (1936). copy citation

“For it is in the essence of his behaviour that he should be eccentric, unconventional and rash in the eyes of average opinion. If he is successful, that will only confirm the general belief in his rashness; and if in the short run he is unsuccessful, which is very likely, he will not receive much mercy. Worldly wisdom teaches that it is better for reputation to fail conventionally than to succeed unconventionally.
(5) So far we have had chiefly in mind the state of confidence of the speculator or speculative investor himself and may have seemed to be tacitly assuming that, if he himself is satisfied with the prospects, he has unlimited command over money at the market rate of interest.” source

“Success is more than luck. You have to believe in yourself and make it happen.” Richard Branson, Screw It, Let's Do It

“But, as often happens, a crime committed with extraordinary audacity is more successful than others.” Fyodor Dostoyevsky, The Brothers Karamazov

“It is better to be making the news than taking it; to be an actor rather than a critic.” Winston Churchill, The Story of the Malakand Field Force 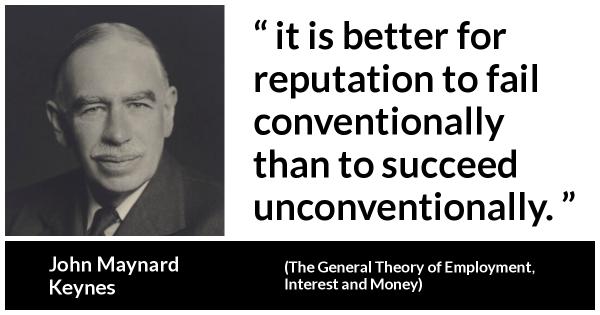 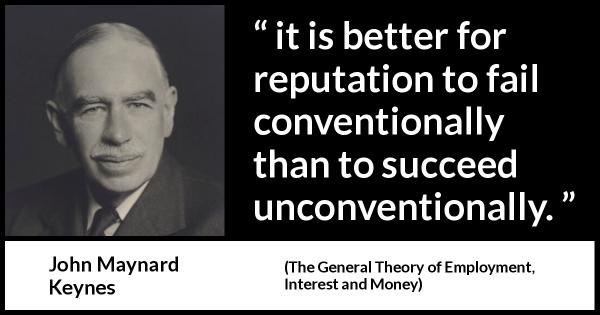 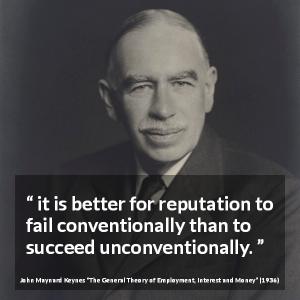 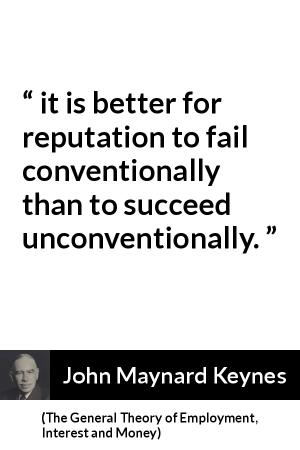 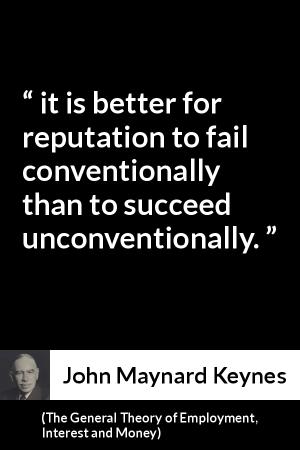