“ it is by no means useless to travel, if a man wants to see something new. ”
Jules Verne, Around the World in 80 Days (1873). copy citation

“He gazed with wonder upon the fortifications which make this place the Gibraltar of the Indian Ocean, and the vast cisterns where the English engineers were still at work, two thousand years after the engineers of Solomon.
"Very curious, very curious," said Passepartout to himself, on returning to the steamer. "I see that it is by no means useless to travel, if a man wants to see something new." At six p.m. the Mongolia slowly moved out of the roadstead, and was soon once more on the Indian Ocean. She had a hundred and sixty-eight hours in which to reach Bombay, and the sea was favourable, the wind being in the north-west, and all sails aiding the engine.” source
Original quote
“il n'est pas inutile de voyager, si l'on veut voir du nouveau.” Jules Verne, Le Tour du monde en quatre-vingts jours

“A good traveler has no fixed plans and is not intent upon arriving.” Lao Tzu, Tao Te Ching

“Travel is fatal to prejudice, bigotry and narrow-mindedness, and many of our people need it sorely on these accounts.” Mark Twain, The Innocents Abroad

“People commonly travel around the world to see rivers and mountains, new stars, birds of rare plumage, queerly deformed fishes, ridiculous breeds of men—they abandon themselves to the bestial stupor which gapes at existence, and they think they...” Søren Kierkegaard, Fear and Trembling 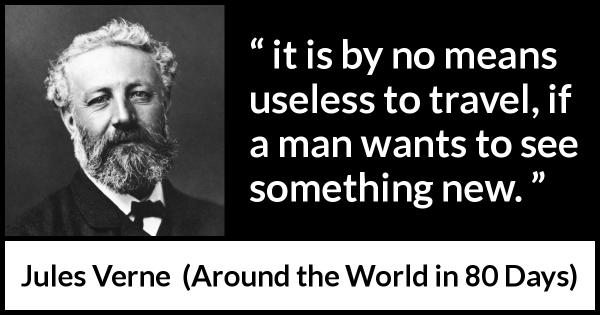 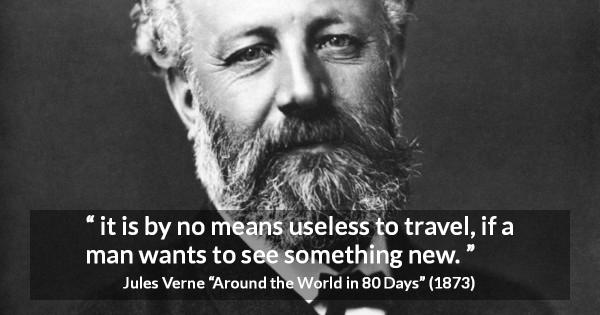 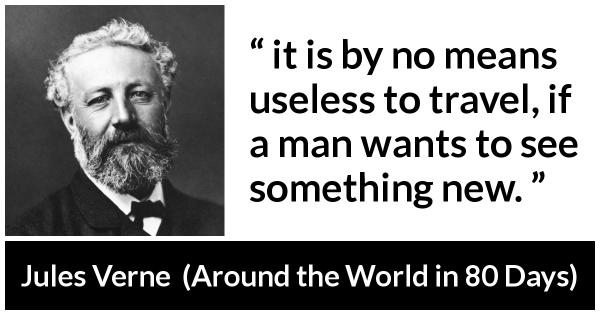 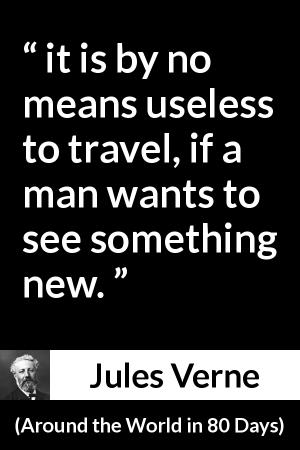 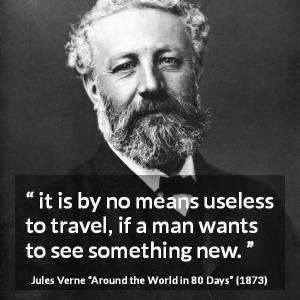 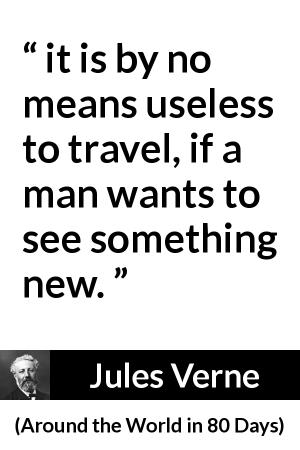