“ his dreams were as gigantic as his surroundings were small. ”
Thomas Hardy, Jude the Obscure (1895). copy citation

“Inside and round about that old woman's "shop" window, with its twenty-four little panes set in lead-work, the glass of some of them oxidized with age, so that you could hardly see the poor penny articles exhibited within, and forming part of a stock which a strong man could have carried, Jude had his outer being for some long tideless time. But his dreams were as gigantic as his surroundings were small.
Through the solid barrier of cold cretaceous upland to the northward he was always beholding a gorgeous city—the fancied place he had likened to the new Jerusalem, though there was perhaps more of the painter's imagination and less of the diamond merchant's in his dreams thereof than in those of the Apocalyptic writer.” source

“But America is too great for small dreams.” Ronald Reagan, State of the Union Address

“Even in dreams, you could not fall forever.” George R. R. Martin, A Game of Thrones

“The very substance of the ambitious is merely the shadow of a dream.” William Shakespeare, Hamlet 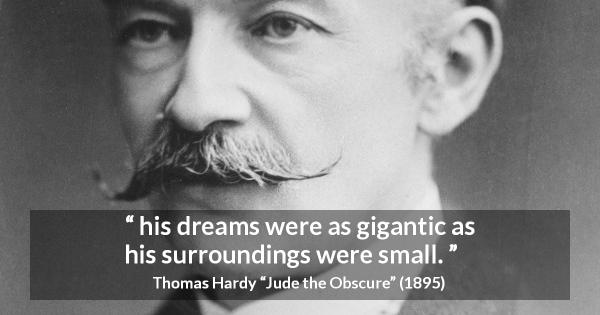 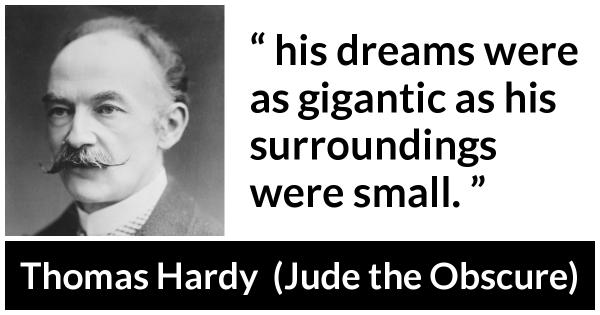 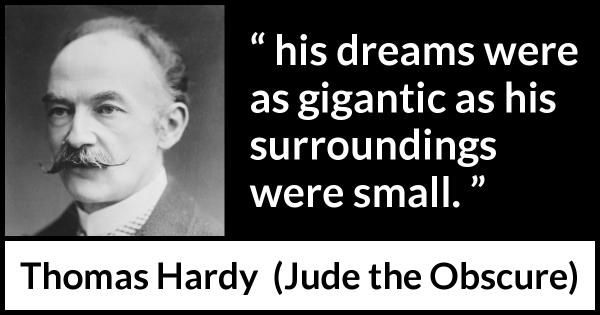 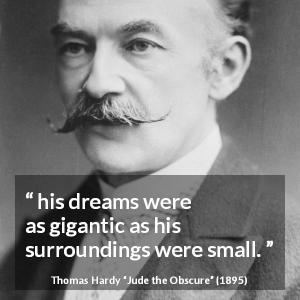 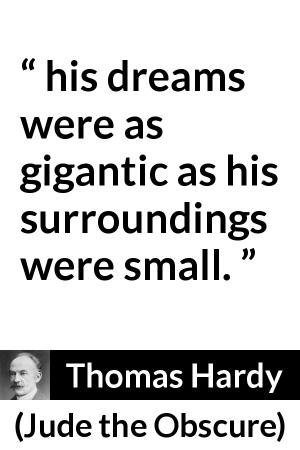 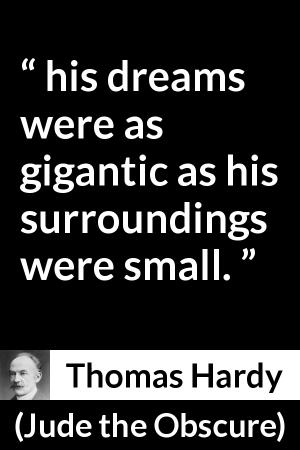