“ Every morning was a cheerful invitation to make my life of equal simplicity, and I may say innocence, with Nature herself. ”
Henry David Thoreau, Walden (1854). copy citation

“And held his thoughts as high As were the mounts whereon his flocks Did hourly feed him by.»
What should we think of the shepherd's life if his flocks always wandered to higher pastures than his thoughts?
Every morning was a cheerful invitation to make my life of equal simplicity, and I may say innocence, with Nature herself. I have been as sincere a worshipper of Aurora as the Greeks. I got up early and bathed in the pond; that was a religious exercise, and one of the best things which I did. They say that characters were engraven on the bathing tub of king Tching-thang to this effect: «Renew thyself completely each day; do it again, and again, and forever again.»” source

“The Amen! of Nature is always a flower.” Oliver Wendell Holmes Sr., The Autocrat of the Breakfast-Table

“If a plant cannot live according to its nature, it dies; and so a man.” Henry David Thoreau, Civil Disobedience 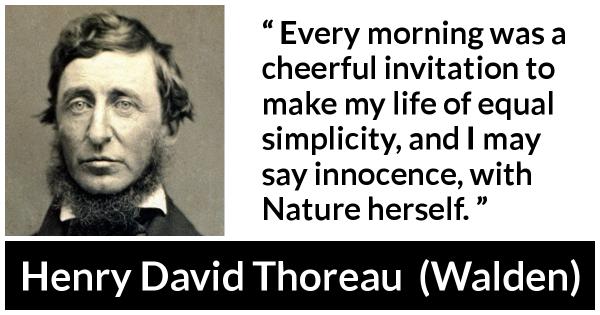 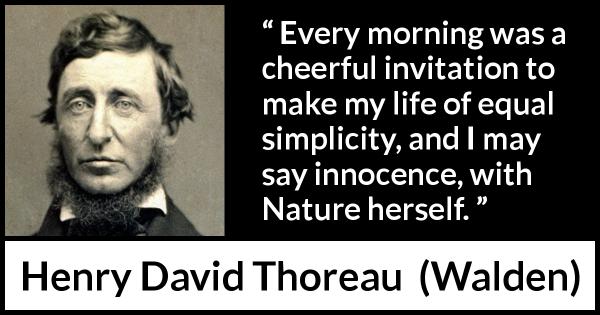 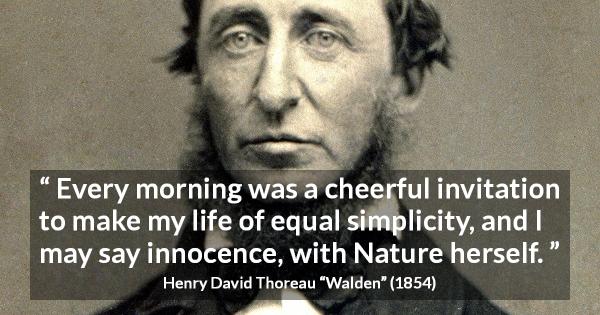 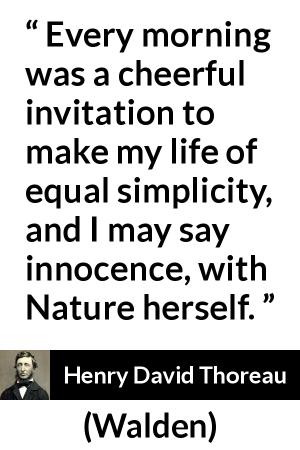 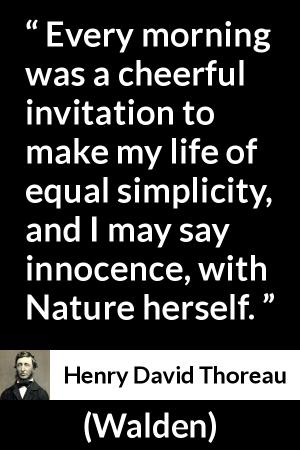 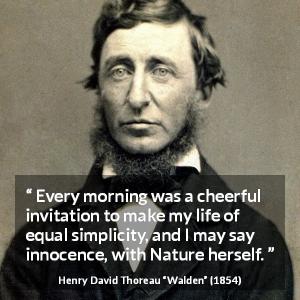