“ Human nature will not flourish, any more than a potato, if it be planted and replanted, for too long a series of generations, in the same worn-out soil. ”
Nathaniel Hawthorne, The Scarlet Letter (1850). copy citation

“I felt it almost as a destiny to make Salem my home; so that the mould of features and cast of character which had all along been familiar here,—ever, as one representative of the race lay down in his grave, another assuming, as it were, his sentry-march along the main street,—might still in my little day be seen and recognized in the old town. Nevertheless, this very sentiment is an evidence that the connection, which has become an unhealthy one, should at last be severed. Human nature will not flourish, any more than a potato, if it be planted and replanted, for too long a series of generations, in the same worn-out soil. My children have had other birthplaces, and, so far as their fortunes may be within my control, shall strike their roots into unaccustomed earth.
On emerging from the Old Manse, it was chiefly this strange, indolent, unjoyous attachment for my native town, that brought me to fill a place in Uncle Sam's brick edifice, when I might as well, or better, have gone somewhere else.” source

“There can be no renewal of our relationship with nature without a renewal of humanity itself.” Pope Francis, Laudato si'

“I believe in recognizing every human being as a human being—neither white, black, brown, or red; and when you are dealing with humanity as a family there's no question of integration or intermarriage. It's just one human being marrying another...” Malcolm X, The Autobiography of Malcolm X

“If a plant cannot live according to its nature, it dies; and so a man.” Henry David Thoreau, Civil Disobedience

“Nature will not be admired by proxy.” Winston Churchill, The Story of the Malakand Field Force

“Nature can’t evolve a species that hasn’t a will to survive. Individuals might be bred to sacrifice themselves, but the race as a whole can never decide to cease to exist.” Orson Scott Card, Ender's Game 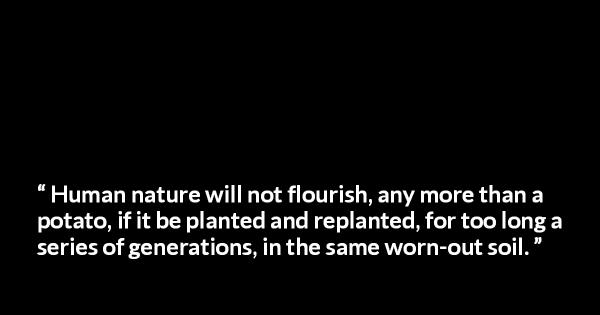 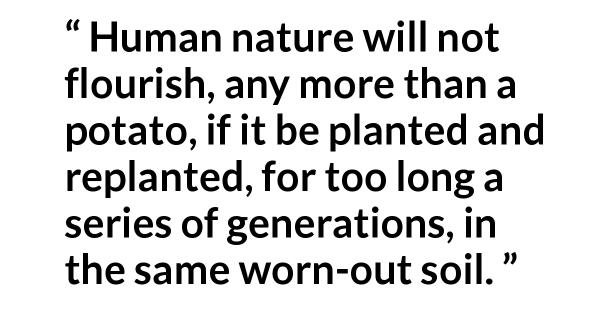 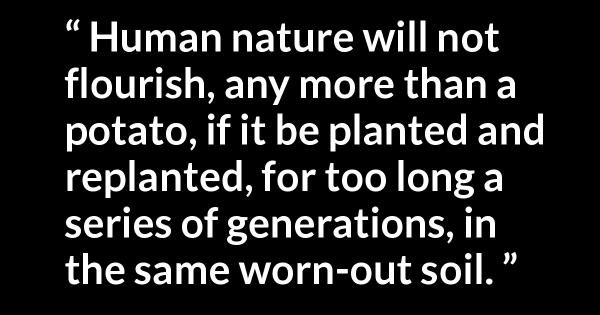 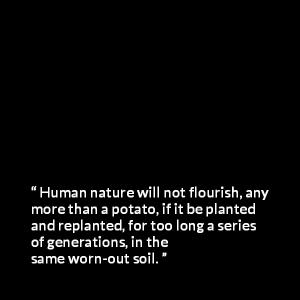 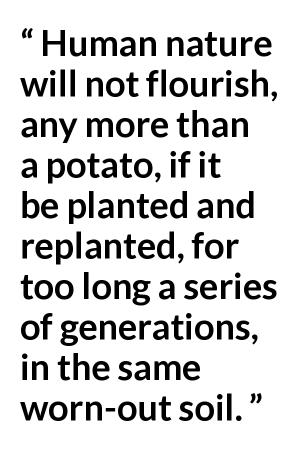 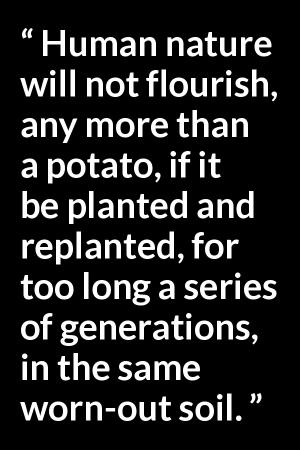