“I have almost reached the regrettable conclusion that the Negro's great stumbling block in his stride toward freedom is not the White Citizen's Counciler or the Ku Klux Klanner, but the white moderate, who is more devoted to "order" than to justice; who prefers a negative peace which is the absence of tension to a positive peace which is the presence of justice; who constantly says: "I agree with you in the goal you seek, but I cannot agree with your methods of direct action"; who paternalistically believes he can set the timetable for another man's freedom; who lives by a mythical concept of time and who constantly advises the Negro to wait for a "more convenient season." Shallow understanding from people of good will is more frustrating than absolute misunderstanding from people of ill will. Lukewarm acceptance is much more bewildering than outright rejection.
I had hoped that the white moderate would understand that law and order exist for the purpose of establishing justice and that when they fail in this purpose they become the dangerously structured dams that block the flow of social progress.” source

“Avoidable human misery is more often caused not so much by stupidity as by ignorance, particularly our ignorance about ourselves.” Carl Sagan, The Demon-Haunted World

“Indifference and neglect often do much more damage than outright dislike.” J. K. Rowling, Harry Potter and the Order of the Phoenix

“Love of peace is common among weak, short-sighted, timid, and lazy persons; and on the other hand courage is found among many men of evil temper and bad character. Neither quality shall by itself avail.” Theodore Roosevelt, Theodore Roosevelt; an Autobiography 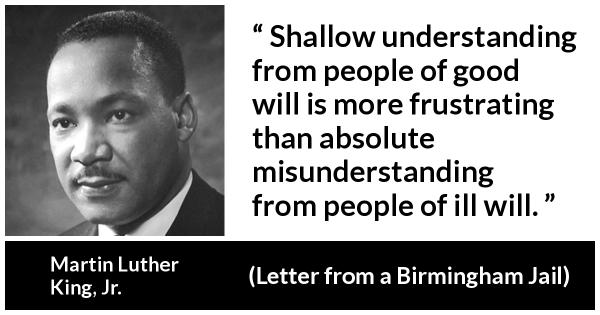 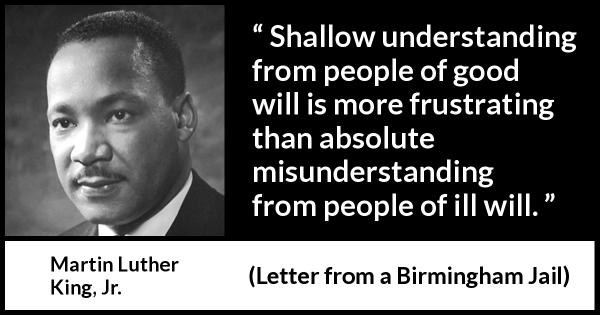 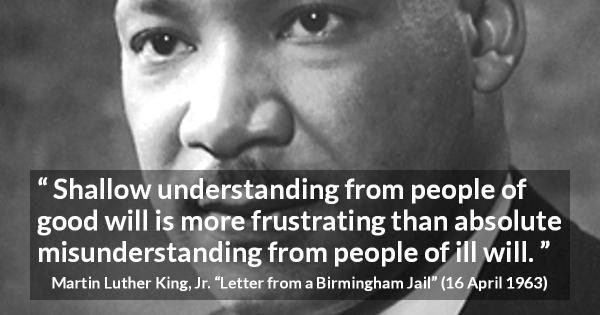 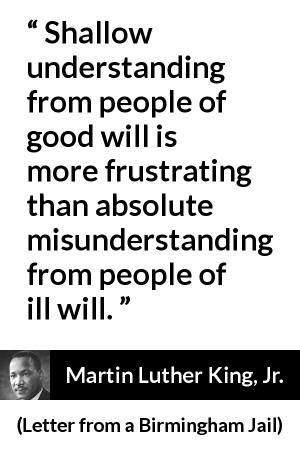 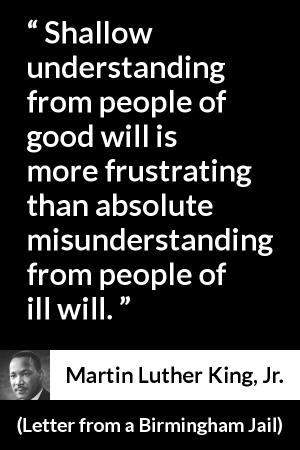 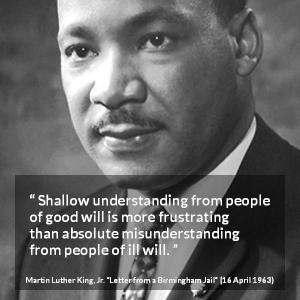