“ I had considered how the things that never happen, are often as much realities to us, in their effects, as those that are accomplished. ”
Charles Dickens, David Copperfield (1850). copy citation

“I made no effort to conceal from myself, now, that I loved her, that I was devoted to her; but I brought the assurance home to myself, that it was now too late, and that our long-subsisting relation must be undisturbed.
I had thought, much and often, of my Dora's shadowing out to me what might have happened, in those years that were destined not to try us; I had considered how the things that never happen, are often as much realities to us, in their effects, as those that are accomplished. The very years she spoke of, were realities now, for my correction; and would have been, one day, a little later perhaps, though we had parted in our earliest folly. I endeavoured to convert what might have been between myself and Agnes, into a means of making me more self-denying, more resolved, more conscious of myself, and my defects and errors.” source

“That didn't happen, of course. Things never happened like I imagined them.” John Green, Looking for Alaska

“If one doesn't talk about a thing, it has never happened. It is simply expression . . . that gives reality to things.” Oscar Wilde, The Picture of Dorian Gray

“In our society, those who have the best knowledge of what is happening are also those who are furthest from seeing the world as it is.” George Orwell, 1984 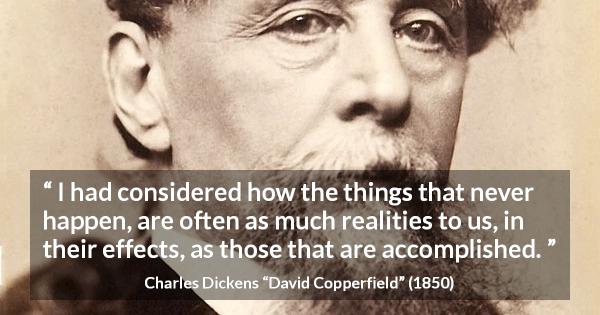 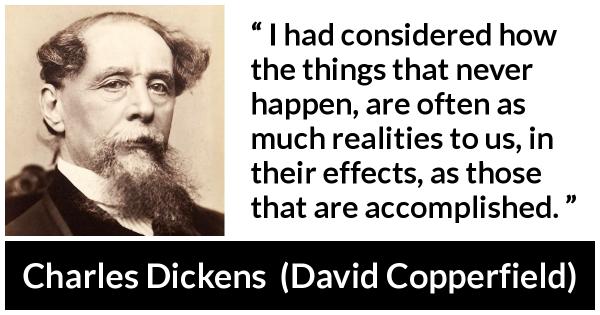 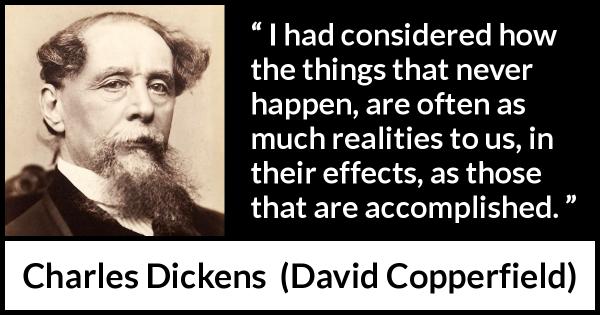 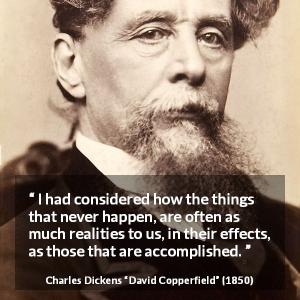 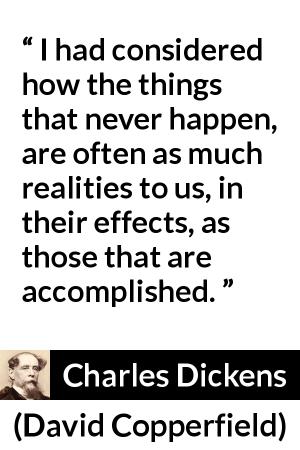 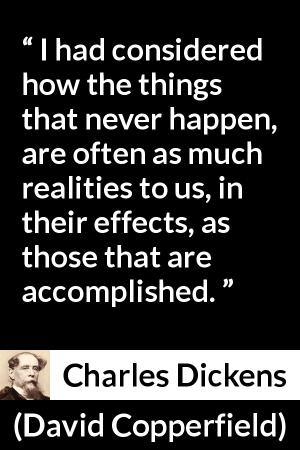