“ real adventures . . . do not happen to people who remain at home: they must be sought abroad. ”
James Joyce, Dubliners (1914). copy citation

“But when the restraining influence of the school was at a distance I began to hunger again for wild sensations, for the escape which those chronicles of disorder alone seemed to offer me. The mimic warfare of the evening became at last as wearisome to me as the routine of school in the morning because I wanted real adventures to happen to myself. But real adventures, I reflected, do not happen to people who remain at home: they must be sought abroad.
The summer holidays were near at hand when I made up my mind to break out of the weariness of school-life for one day at least. With Leo Dillon and a boy named Mahony I planned a day's miching. Each of us saved up sixpence.” source

“Putting people into homes, though a desirable goal, shouldn’t be our country’s primary objective. Keeping them in their homes should be the ambition.” Warren Buffett, The Essays of Warren Buffett

“With people like us our home is where we are not” F. Scott Fitzgerald, This Side of Paradise 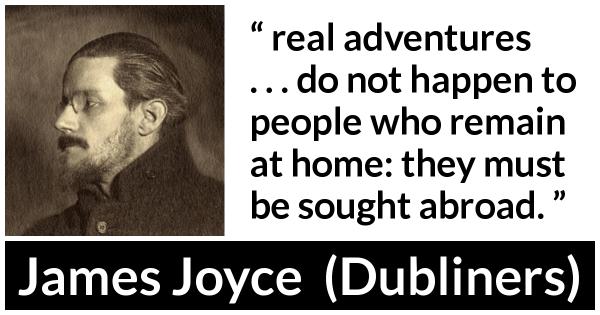 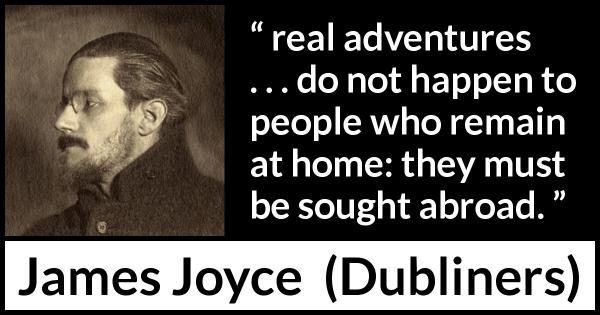 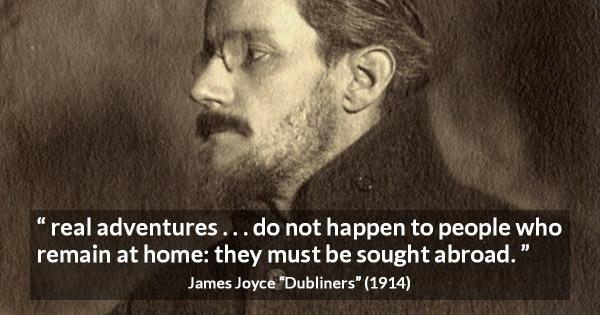 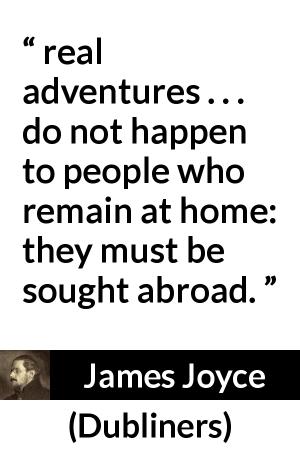 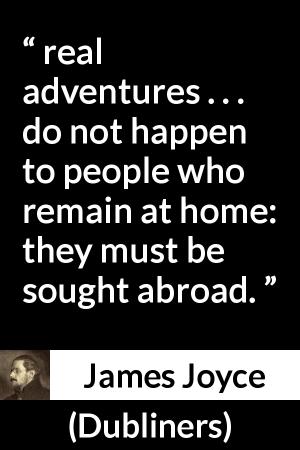 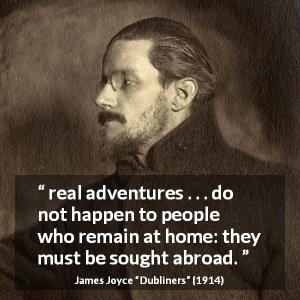