“ The old wheel turns, and the same spoke comes up. It's all been done before, and will be again. ”
Arthur Conan Doyle, The Valley of Fear (1915). copy citation

“«Mr. Mac, the most practical thing that you ever did in your life would be to shut yourself up for three months and read twelve hours a day at the annals of crime. Everything comes in circles—even Professor Moriarty. Jonathan Wild was the hidden force of the London criminals, to whom he sold his brains and his organization on a fifteen per cent. commission. The old wheel turns, and the same spoke comes up. It's all been done before, and will be again. I'll tell you one or two things about Moriarty which may interest you.»
«You'll interest me, right enough.»
«I happen to know who is the first link in his chain—a chain with this Napoleon-gone-wrong at one end, and a hundred broken fighting men, pickpockets, blackmailers, and card sharpers at the other, with every sort of crime in between.” source

“As long as there's such a thing as time, everybody's damaged in the end, changed into something else.” Haruki Murakami, Kafka on the Shore

“There is nothing new under the sun. It has all been done before.” Arthur Conan Doyle, A Study in Scarlet

“The more miles you ski, the better a skier you become; the more reps you do, the better your body.” Arnold Schwarzenegger, Total Recall: My Unbelievably True Life Story

“Human time does not turn in a circle; it runs ahead in a straight line. That is why man cannot be happy: happiness is the longing for repetition.” Milan Kundera, The Unbearable Lightness of Being 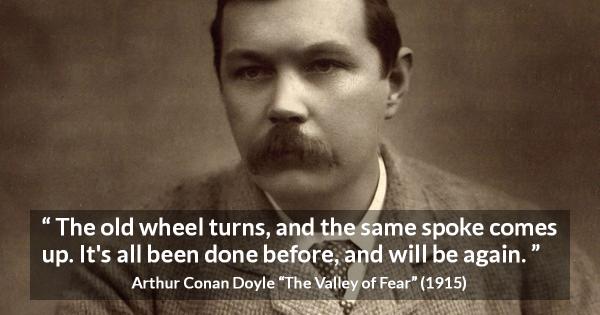 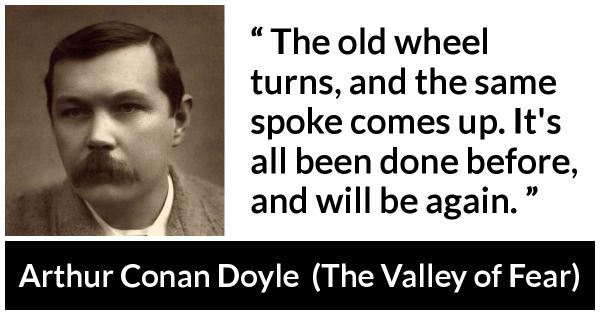 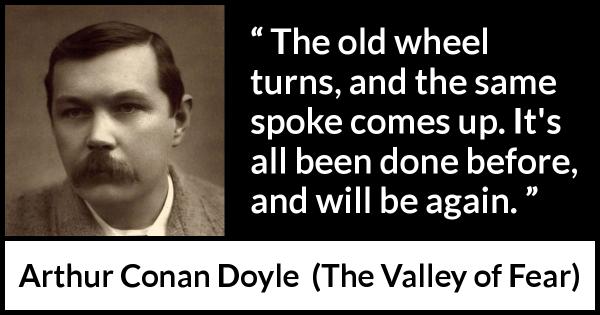 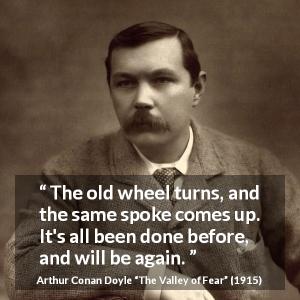 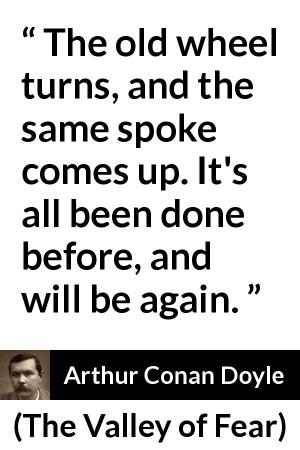 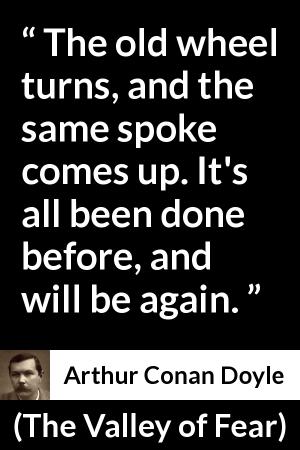