“ the cloud of caring for nothing, which overshadowed him with such a fatal darkness, was very rarely pierced by the light within him. ”
Charles Dickens, A Tale of Two Cities (1859). copy citation

“If Sydney Carton ever shone anywhere, he certainly never shone in the house of Doctor Manette. He had been there often, during a whole year, and had always been the same moody and morose lounger there. When he cared to talk, he talked well; but, the cloud of caring for nothing, which overshadowed him with such a fatal darkness, was very rarely pierced by the light within him.
And yet he did care something for the streets that environed that house, and for the senseless stones that made their pavements. Many a night he vaguely and unhappily wandered there, when wine had brought no transitory gladness to him; many a dreary daybreak revealed his solitary figure lingering there, and still lingering there when the first beams of the sun brought into strong relief, removed beauties of architecture in spires of churches and lofty buildings, as perhaps the quiet time brought some sense of better things, else forgotten and unattainable, into his mind.” source

“in the end the Shadow was only a small and passing thing: there was light and high beauty for ever beyond its reach.” J. R. R. Tolkien, The Return of the King

“There are darknesses in life, and there are lights. You are one of the lights.” Bram Stoker, Dracula 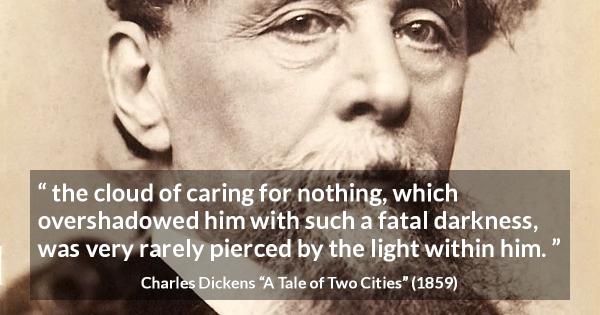 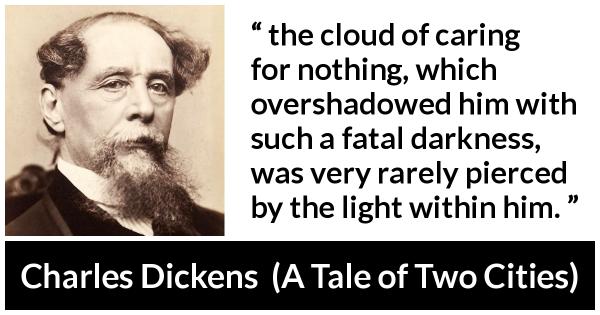 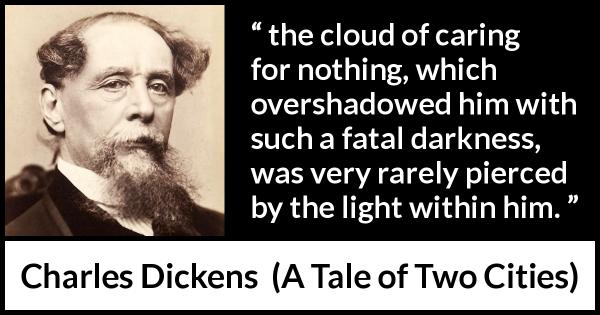 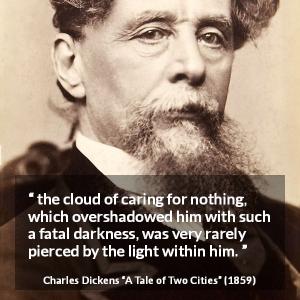 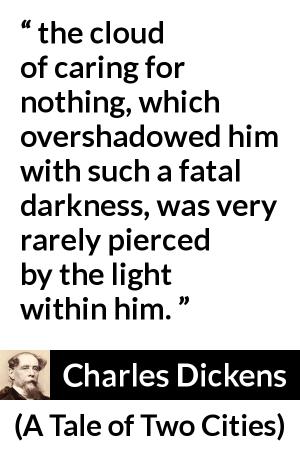 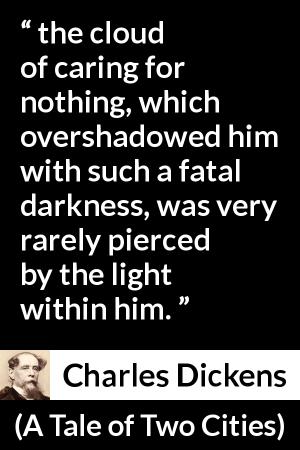