“ Whoever has loved knows all the radiant meanings contained in those three letters of that word: She. ”
Victor Hugo, Les Misérables (1862). copy citation

“A man of ripe age and a young girl made their appearance on the threshold of the attic.
Marius had not quitted his post. His feelings for the moment surpassed the powers of the human tongue.
It was she!
Whoever has loved knows all the radiant meanings contained in those three letters of that word: She.
It was certainly she. Marius could hardly distinguish her through the luminous vapor which had suddenly spread before his eyes. It was that sweet, absent being, that star which had beamed upon him for six months; it was those eyes, that brow, that mouth, that lovely vanished face which had created night by its departure.” source
Original quote
“Quiconque a aimé sait tous les sens rayonnants que contiennent les quatre lettres de ce mot : Elle.” Victor Hugo, Les Misérables

“she wants to know if I love her, that's all anyone wants from anyone else, not love itself but the knowledge that love is there, like new batteries in the flashlight in the emergency kit in the hall closet” Jonathan Safran Foer, Extremely Loud & Incredibly Close

“Woman is sacred; the woman one loves is holy.” Alexandre Dumas, The Count of Monte Cristo

“There's always one who loves and one who lets himself be loved.” W. Somerset Maugham, Of Human Bondage

“When one hears the voices of those whom one loves, one does not need to understand the words that they utter.” Victor Hugo, Les Misérables

“Love all, trust a few, do wrong to none” William Shakespeare, All's Well That Ends Well 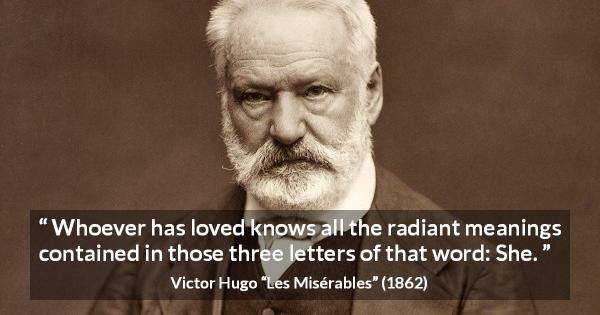 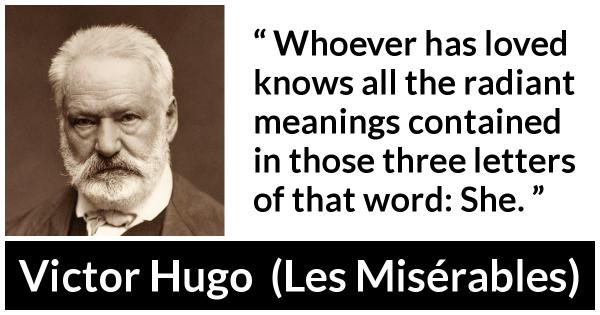 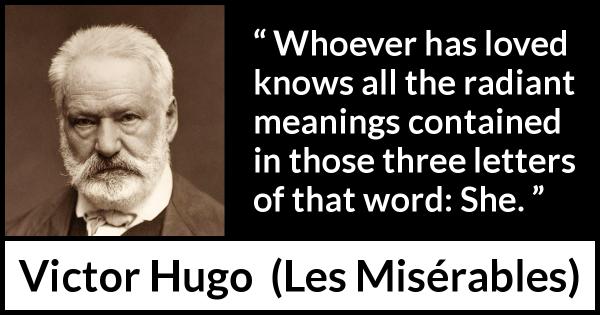 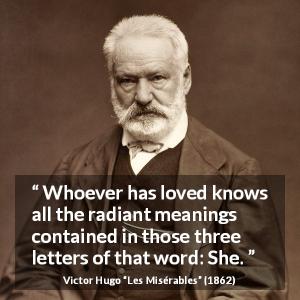 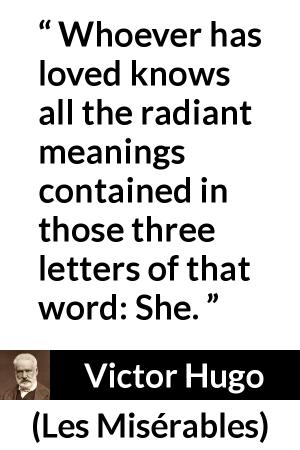 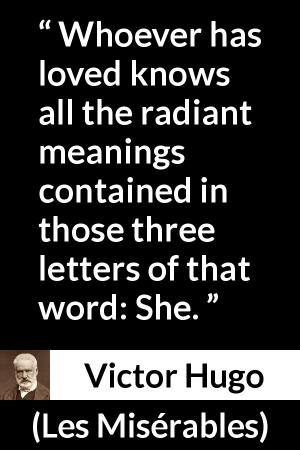