“In the first pitched battle the Romans lost against Hannibal, under the Consul Sempronius, a body of ten thousand foot, that had taken fright, seeing no other escape for their cowardice, went and threw themselves headlong upon the great battalion of the enemies, which with marvellous force and fury they charged through and through, and routed with a very great slaughter of the Carthaginians, thus purchasing an ignominious flight at the same price they might have gained a glorious victory.—[Livy, xxi. 56.]
The thing in the world I am most afraid of is fear, that passion alone, in the trouble of it, exceeding all other accidents. What affliction could be greater or more just than that of Pompey's friends, who, in his ship, were spectators of that horrible murder? Yet so it was, that the fear of the Egyptian vessels they saw coming to board them, possessed them with so great alarm that it is observed they thought of nothing but calling upon the mariners to make haste, and by force of oars to escape away, till being arrived at Tyre, and delivered from fear, they had leisure to turn their thoughts to the loss of their captain, and to give vent to those tears and lamentations that the other more potent passion had till then suspended.” source
Original quote
“Ce dont j'ai le plus de peur, c'est la peur.” Michel de Montaigne, Essais

“So first of all let me assert my firm belief that the only thing we have to fear is fear itself—nameless, unreasoning, unjustified terror which paralyses needed efforts to convert retreat into advance.” Franklin D. Roosevelt, Looking Forward

“What I know for sure is this: Whatever you fear most has no power—it is your fear that has the power.” Oprah Winfrey, What I Know For Sure

“Looking back I see that I was always afraid of something: of the dark, of displeasing people, of failure. Anything I accomplished had to be done across a barrier of fear.” Eleanor Roosevelt, The Autobiography of Eleanor Roosevelt

“Tell your heart that the fear of suffering is worse than the suffering itself.” Paulo Coelho, The Alchemist

“Don't say any more about what danger I'm in, I only fear danger where I want to fear it.” Franz Kafka, The Trial

“Fear no more, says the heart in the body; fear no more.” Virginia Woolf, Mrs Dalloway

“We can't be brave without fear.” Muhammad Ali, The Soul of a Butterfly 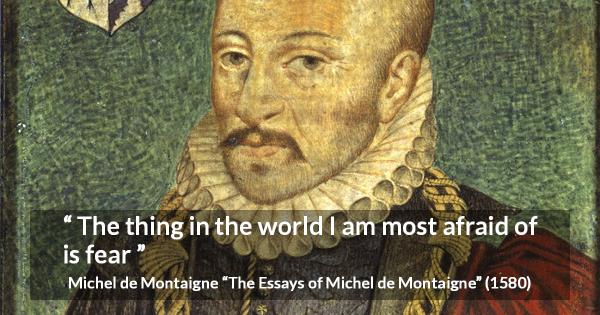 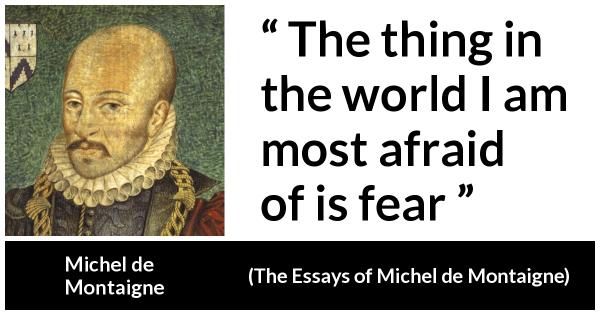 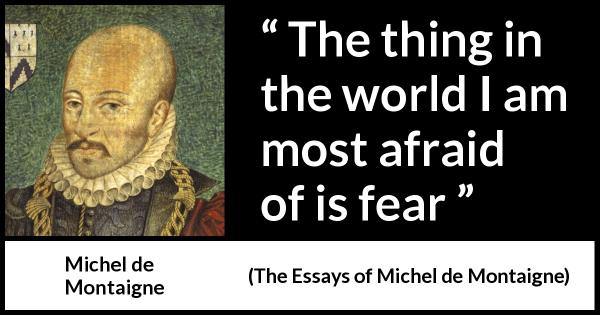 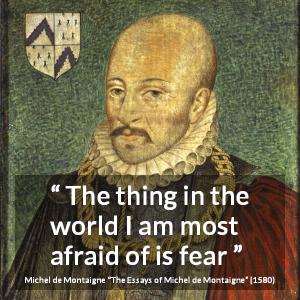 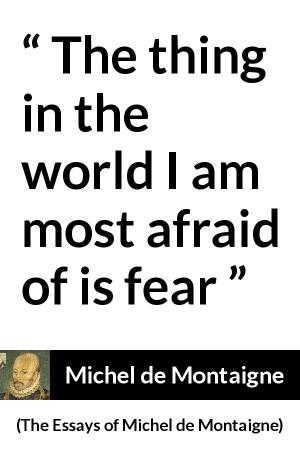 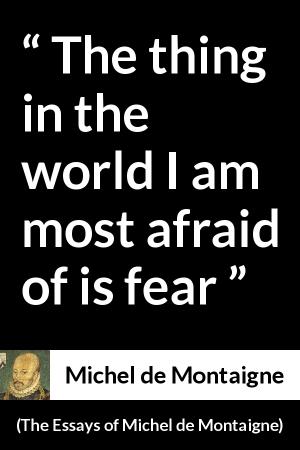