“ Cleverness was silly. One must say simply what one felt. ”
Virginia Woolf, Mrs Dalloway (1925). copy citation

“and what a rare quality one found it, and how sometimes at night or on Christmas Day, when she counted up her blessings, she put that friendship first. They were young; that was it. Clarissa was pure-hearted; that was it. Peter would think her sentimental. So she was. For she had come to feel that it was the only thing worth saying—what one felt. Cleverness was silly. One must say simply what one felt.
'But I do not know', said Peter Walsh, 'what I feel.'
Poor Peter, thought Sally. Why did not Clarissa come and talk to them? That was what he was longing for. She knew it. All the time he was thinking only of Clarissa, and was fidgeting with his knife.” source

“Feeling without judgment is a washy draught indeed; but judgment untempered by feeling is too bitter and husky a morsel for human deglutition.” Charlotte Brontë, Jane Eyre 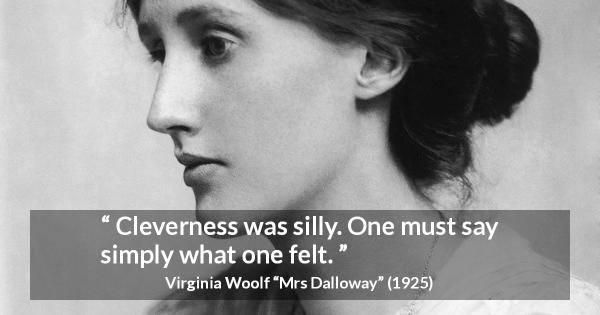 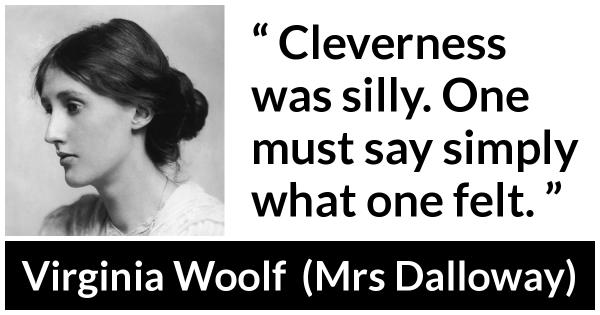 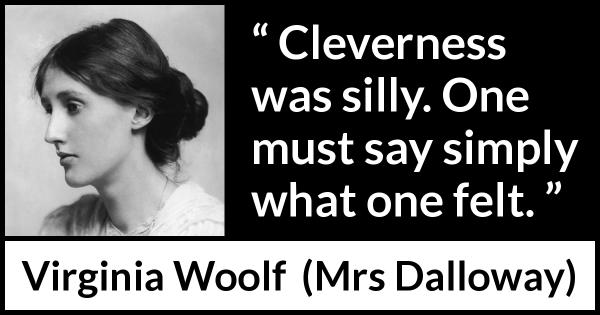 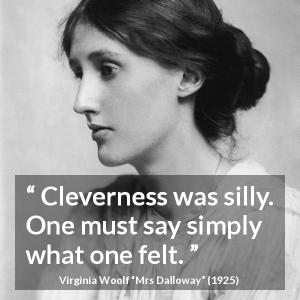 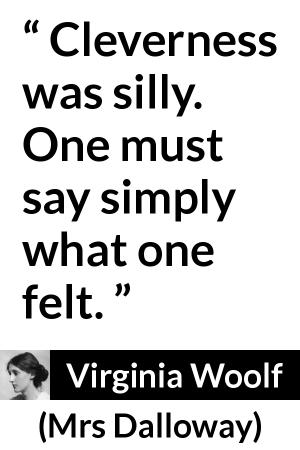 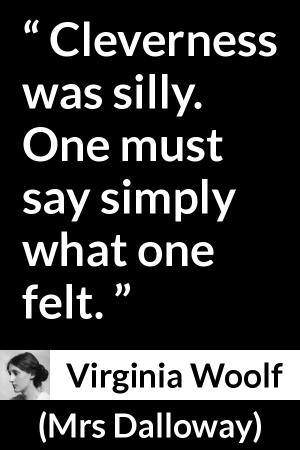