“Robert Emmet was buried here by torchlight, wasn't he? Making his rounds.
Tail gone now.
One of those chaps would make short work of a fellow. Pick the bones clean no matter who it was. Ordinary meat for them. A corpse is meat gone bad. Well and what's cheese? Corpse of milk. I read in that Voyages in China that the Chinese say a white man smells like a corpse. Cremation better. Priests dead against it. Devilling for the other firm. Wholesale burners and Dutch oven dealers.” source

“The sauce to meat is ceremony; Meeting were bare without it.” William Shakespeare, Macbeth 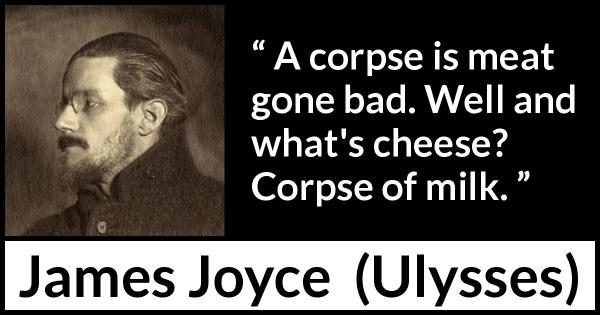 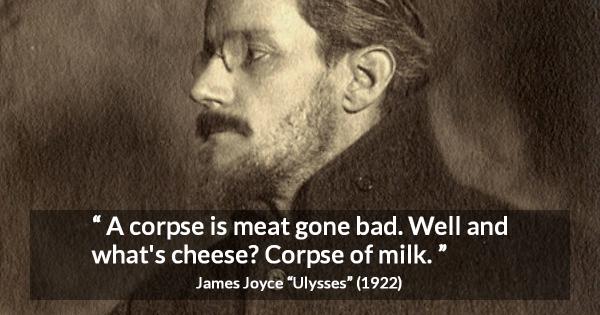 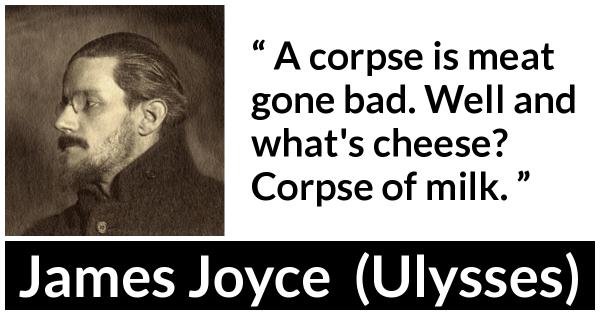 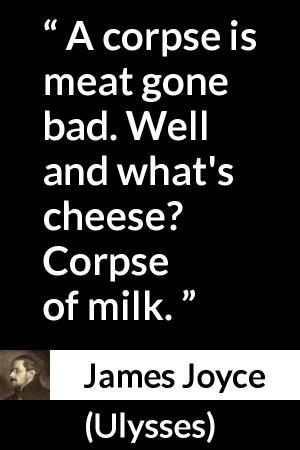 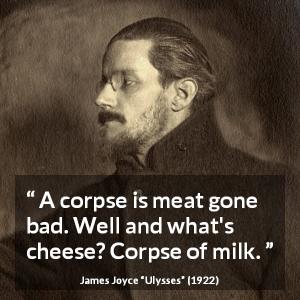 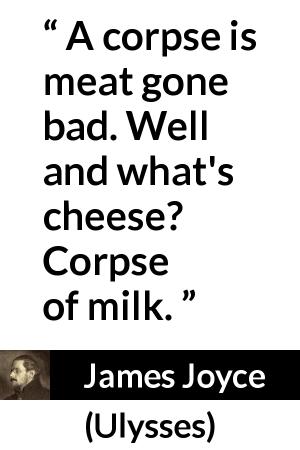