“ Dreams are the bright creatures of poem and legend, who sport on earth in the night season, and melt away in the first beam of the sun, which lights grim care and stern reality on their daily pilgrimage through the world. ”
Charles Dickens, Nicholas Nickleby (1839). copy citation

“A few—and these were among the youngest of the children—slept peacefully on, with smiles upon their faces, dreaming perhaps of home; but ever and again a deep and heavy sigh, breaking the stillness of the room, announced that some new sleeper had awakened to the misery of another day; and, as morning took the place of night, the smiles gradually faded away, with the friendly darkness which had given them birth.
Dreams are the bright creatures of poem and legend, who sport on earth in the night season, and melt away in the first beam of the sun, which lights grim care and stern reality on their daily pilgrimage through the world.
Nicholas looked upon the sleepers; at first, with the air of one who gazes upon a scene which, though familiar to him, has lost none of its sorrowful effect in consequence; and, afterwards, with a more intense and searching scrutiny, as a man would who missed something his eye was accustomed to meet, and had expected to rest upon.” source

“All days are nights to see till I see thee, and nights bright days when dreams do show thee me.” William Shakespeare, Shakespeare's Sonnets

“a dreamer is one who can only find his way by moonlight, and his punishment is that he sees the dawn before the rest of the world.” Oscar Wilde, Intentions

“How blessed are some people, whose lives have no fears, no dreads, to whom sleep is a blessing that comes nightly, and brings nothing but sweet dreams.” Bram Stoker, Dracula

“If the stars should appear one night in a thousand years, how would men believe and adore; and preserve for many generations the remembrance of the city of God which had been shown! But every night come out these preachers of beauty, and light...” Ralph Waldo Emerson, Nature

“We are such stuff as dreams are made on; and our little life is rounded with a sleep.” William Shakespeare, The Tempest 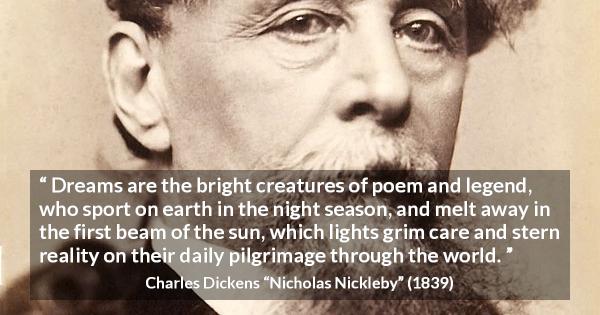 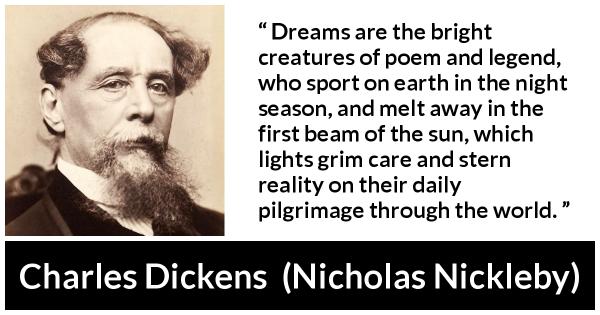 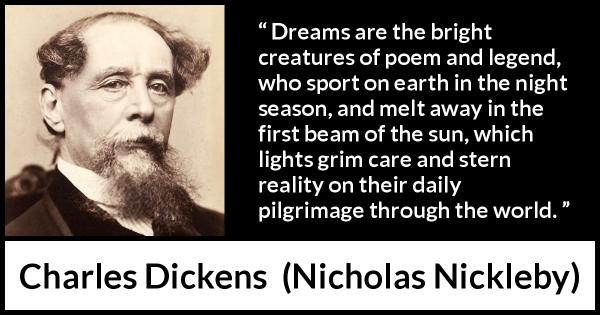 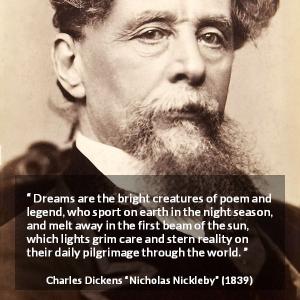 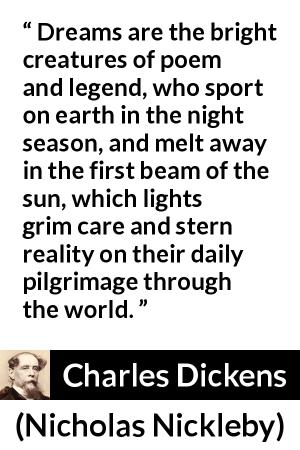 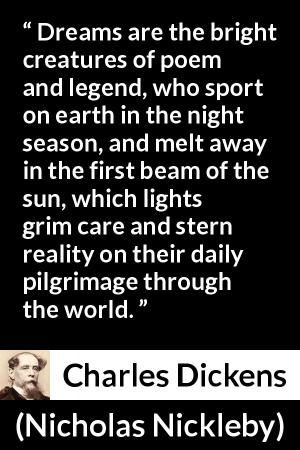