“ Attack him where he is unprepared, appear where you are not expected. ”
Sun Tzu, The Art of War (5th century BC). copy citation

“If your opponent is of choleric temper, seek to irritate him. Pretend to be weak, that he may grow arrogant.
23. If he is taking his ease, give him no rest. If his forces are united, separate them.
24. Attack him where he is unprepared, appear where you are not expected.
25. These military devices, leading to victory, must not be divulged beforehand.
26. Now the general who wins a battle makes many calculations in his temple ere the battle is fought. The general who loses a battle makes but few calculations beforehand.” source

“Standing on the defensive indicates insufficient strength; attacking, a superabundance of strength.” Sun Tzu, The Art of War

“there was left to him a dignified calm he had never before known, and that indifference to fate which, though it often makes a villain of a man, is the basis of his sublimity when it does not.” Thomas Hardy, Far from the Madding Crowd 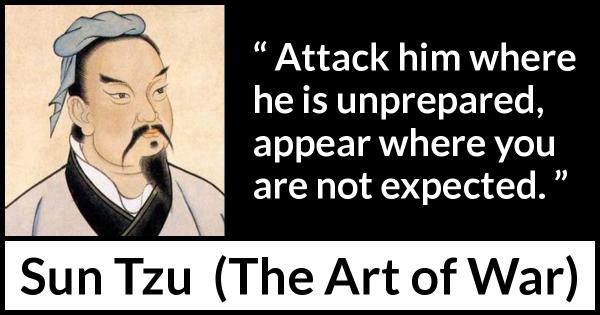 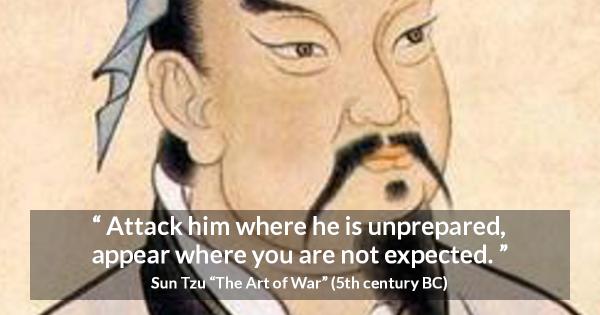 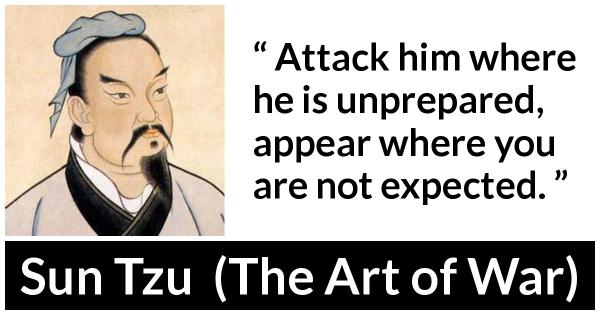 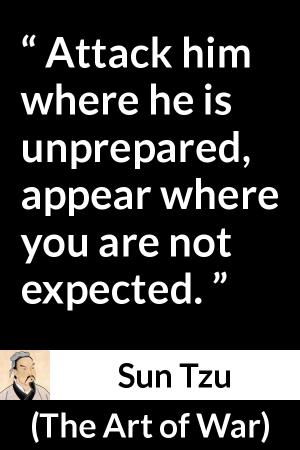 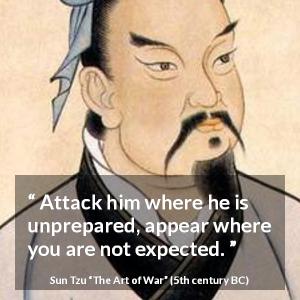 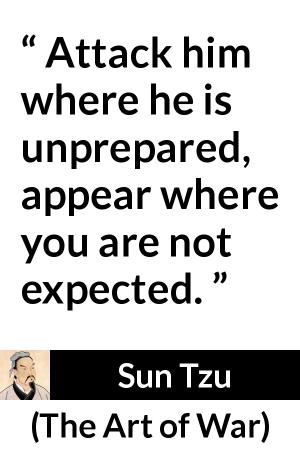