“ All the elegancies and outward charms of life were delightful, if only they could be used as the means to some end. As an end themselves they were nothing. ”
Anthony Trollope, Phineas Redux (1874). copy citation

“Dukes and duchesses, dinner-parties and drawing-rooms,—what did they all amount to? What was it that she wanted?
She was ashamed to tell herself that it was love. But she knew this,—that it was necessary for her happiness that she should devote herself to some one. All the elegancies and outward charms of life were delightful, if only they could be used as the means to some end. As an end themselves they were nothing. She had devoted herself to this old man who was now dead, and there had been moments in which she had thought that that sufficed. But it had not sufficed, and instead of being borne down by grief at the loss of her friend, she found herself almost rejoicing at relief from a vexatious burden.” source

“For there is no such thing as perpetual Tranquillity of mind, while we live here; because Life itself is but Motion, and can never be without Desire, nor without Feare, no more than without Sense.” Thomas Hobbes, Leviathan

“For life be, after all, only a waitin' for somethin' else than what we're doin', and death be all that we can rightly depend on.” Bram Stoker, Dracula

“To the mean eye all things are trivial, as certainly as to the jaundiced they are yellow.” Thomas Carlyle, On Heroes, Hero-Worship, and The Heroic in History 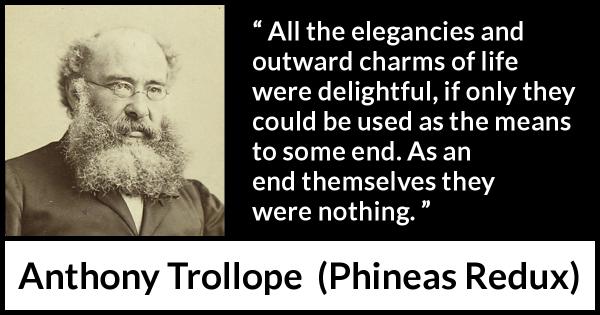 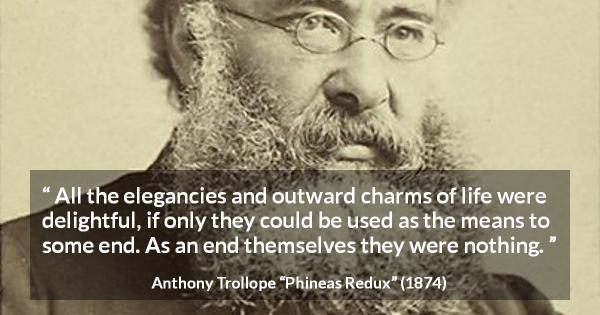 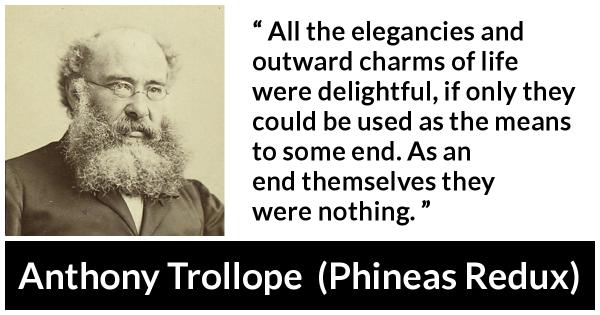 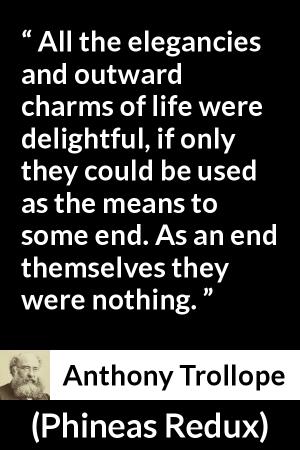 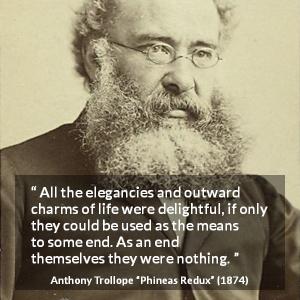 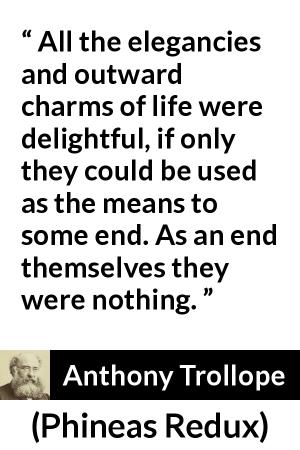