“ Those who trust us educate us. ”
George Eliot, Daniel Deronda (1876). copy citation

“Young reverence for one who is also young is the most coercive of all: there is the same level of temptation, and the higher motive is believed in as a fuller force—not suspected to be a mere residue from weary experience.
But the coercion is often stronger on the one who takes the reverence. Those who trust us educate us. And perhaps in that ideal consecration of Gwendolen's, some education was being prepared for Deronda.
CHAPTER XXXVI. "Rien ne pese tant qu'un secret Le porter loin est difficile aux dames: Et je sçais mesme sur ce fait” source

“Her trust makes me faithful, her belief makes me good.” Oscar Wilde, The Picture of Dorian Gray

“We know little, but that we must trust in what is difficult is a certainty that will never abandon us; it is good to be solitary, for solitude is difficult; that something is difficult must be one more reason for us to do it.” Rainer Maria Rilke, Letters to a Young Poet

“It doesn’t matter that you didn’t believe in us . . . We believed in you.” Neil Gaiman, American Gods

“Everything that irritates us about others can lead us to an understanding of ourselves.” Carl Jung, Memories, Dreams, Reflections 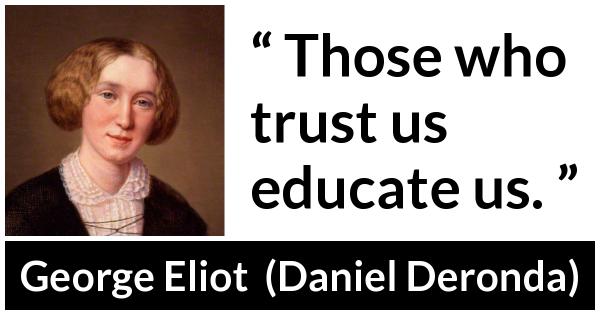 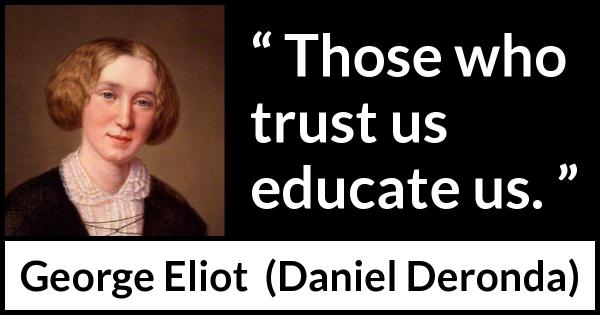 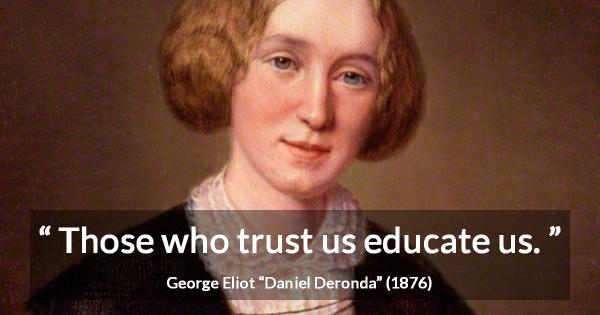 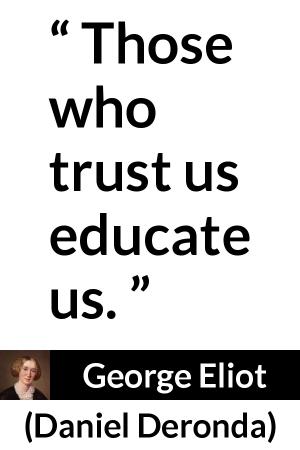 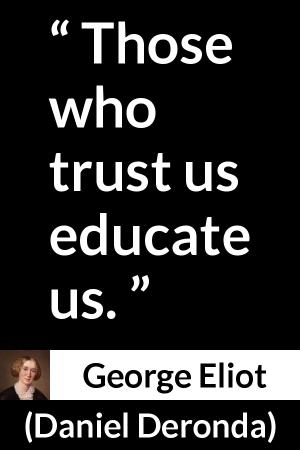 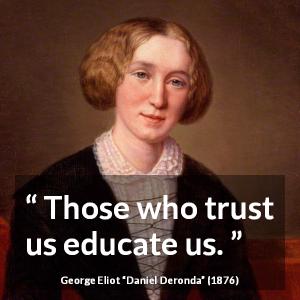