“The authority which we have chiefly followed,—a manuscript of old date, drawn up from the verbal testimony of individuals, some of whom had known Hester Prynne, while others had heard the tale from contemporary witnesses,—fully confirms the view taken in the foregoing pages. Among many morals which press upon us from the poor minister's miserable experience, we put only this into a sentence:—«Be true! Be true! Be true! Show freely to the world, if not your worst, yet some trait whereby the worst may be inferred!»
Nothing was more remarkable than the change which took place, almost immediately after Mr. Dimmesdale's death, in the appearance and demeanor of the old man known as Roger Chillingworth. All his strength and energy—all his vital and intellectual force—seemed at once to desert him; insomuch that he positively withered up, shrivelled away, and almost vanished from mortal sight, like an uprooted weed that lies wilting in the sun.” source

“When in doubt, tell the truth.” Mark Twain, Following the Equator

“This above all: to thine own self be true; And it must follow, as the night the day, Thou canst not then be false to any man.” William Shakespeare, Hamlet

“What can be shown cannot be said.” Ludwig Wittgenstein, Tractatus Logico-Philosophicus 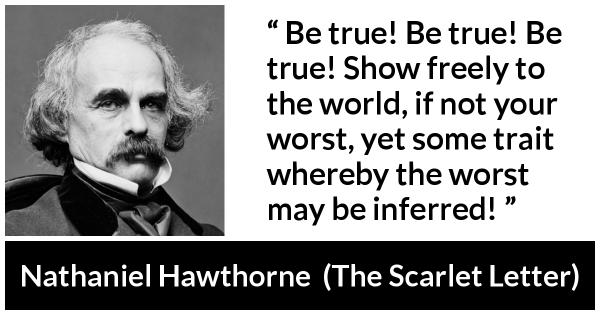 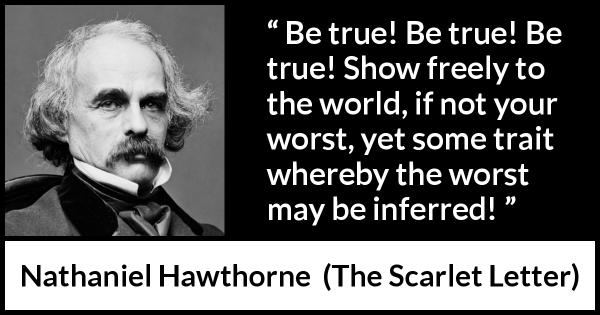 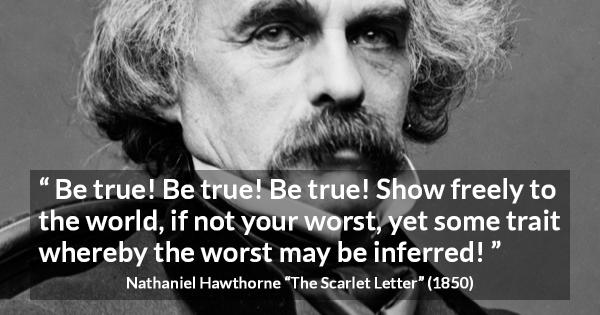 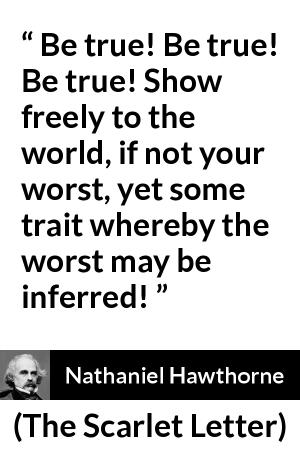 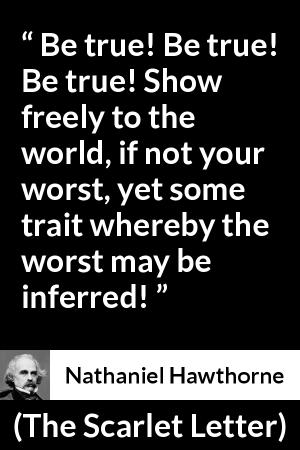 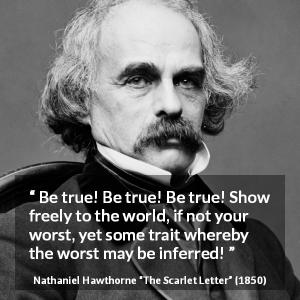