“ Yes, I was a fool, but I was in love, and though I was suffering the greatest misery I had ever known I would not have had it otherwise for all the riches of Barsoom. ”
Edgar Rice Burroughs, A Princess of Mars (1912). copy citation

“A woman who was hatched from an egg, and whose span of life might cover a thousand years; whose people had strange customs and ideas; a woman whose hopes, whose pleasures, whose standards of virtue and of right and wrong might vary as greatly from mine as did those of the green Martians.
Yes, I was a fool, but I was in love, and though I was suffering the greatest misery I had ever known I would not have had it otherwise for all the riches of Barsoom. Such is love, and such are lovers wherever love is known.
To me, Dejah Thoris was all that was perfect; all that was virtuous and beautiful and noble and good. I believed that from the bottom of my heart, from the depth of my soul on that night in Korad as I sat cross-legged upon my silks while the nearer moon of Barsoom raced through the western sky toward the horizon, and lighted up the gold and marble, and jeweled mosaics of my world-old chamber, and I believe it today as I sit at my desk in the little study overlooking the Hudson.” source

“I was benevolent and good; misery made me a fiend. Make me happy, and I shall again be virtuous.” Mary Shelley, Frankenstein

“I could never make love if I didn’t love, and if I loved I could no more hide the fact than change the color of my eyes.” Marilyn Monroe, My Story

“How mutable are our feelings, and how strange is that clinging love we have of life even in the excess of misery!” Mary Shelley, Frankenstein 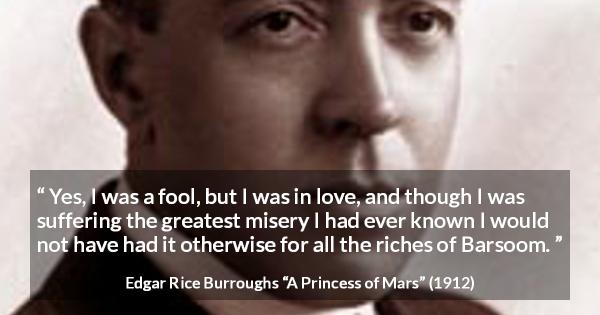 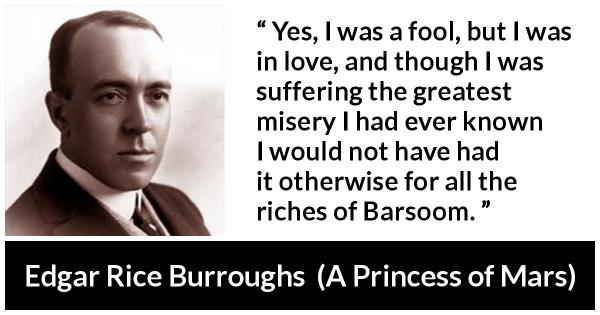 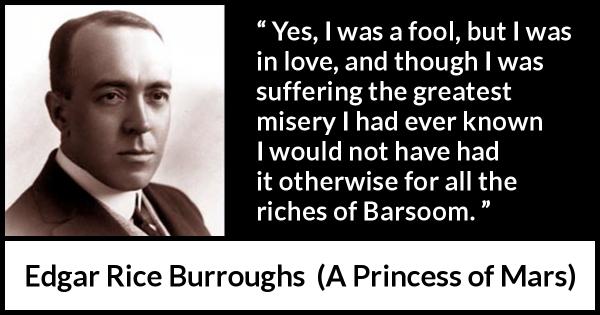 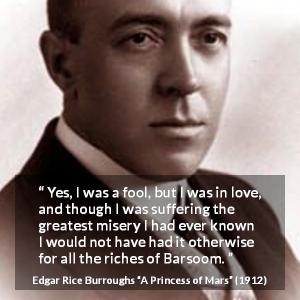 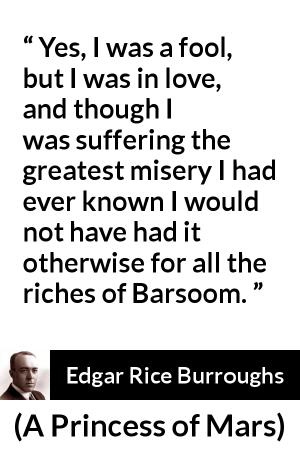 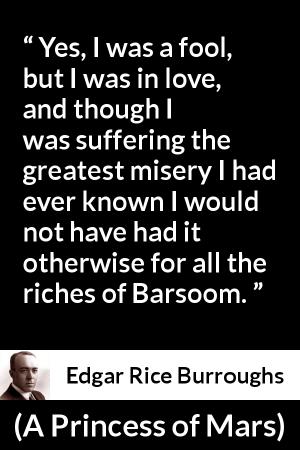