“ Words, as is well known, are the great foes of reality. ”
Joseph Conrad, Under Western Eyes (1911). copy citation

“To begin with I wish to disclaim the possession of those high gifts of imagination and expression which would have enabled my pen to create for the reader the personality of the man who called himself, after the Russian custom, Cyril son of Isidor—Kirylo Sidorovitch—Razumov.
If I have ever had these gifts in any sort of living form they have been smothered out of existence a long time ago under a wilderness of words. Words, as is well known, are the great foes of reality. I have been for many years a teacher of languages. It is an occupation which at length becomes fatal to whatever share of imagination, observation, and insight an ordinary person may be heir to. To a teacher of languages there comes a time when the world is but a place of many words and man appears a mere talking animal not much more wonderful than a parrot.” source

“The gift of words is the gift of deception and illusion” Frank Herbert, Children of Dune

“false words are not only evil in themselves, but they infect the soul with evil.” Plato, Phaedo

“Actions are the first tragedy in life, words are the second. Words are perhaps the worst. Words are merciless...” Oscar Wilde, Lady Windermere's Fan

“Words are pale shadows of forgotten names. As names have power, words have power. Words can light fires in the minds of men. Words can wring tears from the hardest hearts.” Patrick Rothfuss, The Name of the Wind

“That was when I learned that words are no good; that words dont ever fit even what they are trying to say at.” William Faulkner, As I Lay Dying

“Words are the only bullets in truth's bandolier. And poets are the snipers.” Dan Simmons, Hyperion

“They were common everyday words—the familiar, vague sounds exchanged on every waking day of life. But what of that? They had behind them, to my mind, the terrific suggestiveness of words heard in dreams, of phrases spoken in nightmares.” Joseph Conrad, Heart of Darkness 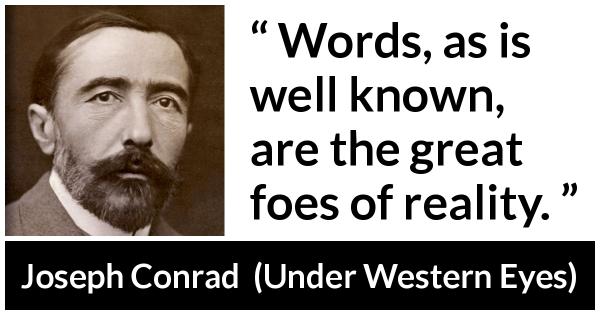 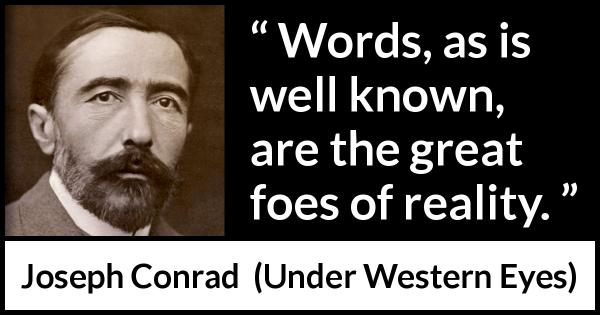 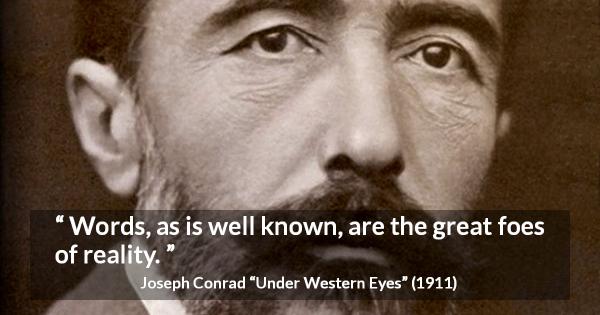 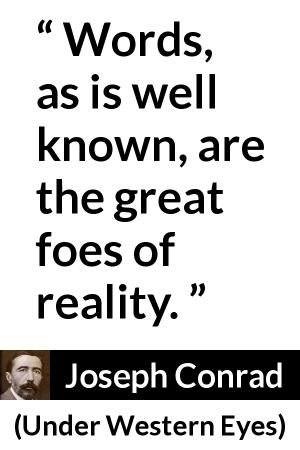 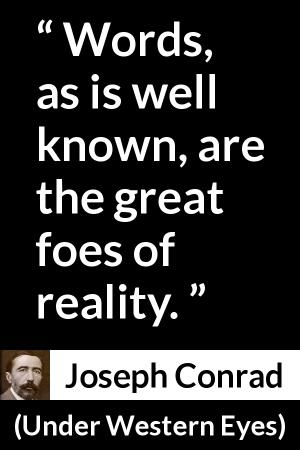 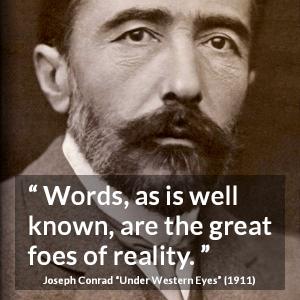