“ He would have to learn the reality of a thing before he could put his faith into it. ”
Jack London, White Fang (1906). copy citation

“His conclusion was that things were not always what they appeared to be. The cub's fear of the unknown was an inherited distrust, and it had now been strengthened by experience. Thenceforth, in the nature of things, he would possess an abiding distrust of appearances. He would have to learn the reality of a thing before he could put his faith into it.
One other adventure was destined for him that day. He had recollected that there was such a thing in the world as his mother. And then there came to him a feeling that he wanted her more than all the rest of the things in the world.” source

“A man who has faith must be prepared not only to be a martyr, but to be a fool.” G. K. Chesterton, Heretics

“He's the victim of a critical age; he has ceased to believe in himself and he doesn't know what to believe in.” Henry James, The Portrait of a Lady

“The genuine realist, if he is an unbeliever, will always find strength and ability to disbelieve in the miraculous, and if he is confronted with a miracle as an irrefutable fact he would rather disbelieve his own senses than admit the fact.” Fyodor Dostoyevsky, The Brothers Karamazov 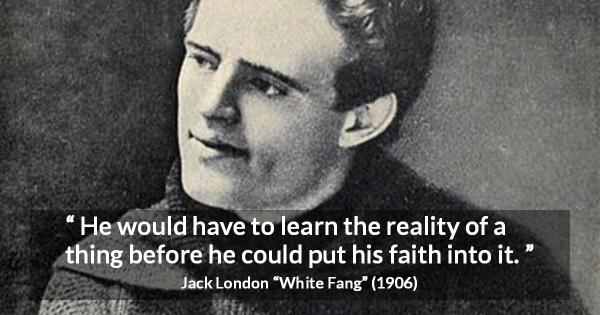 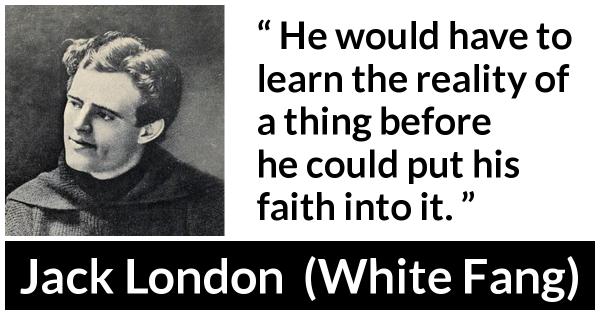 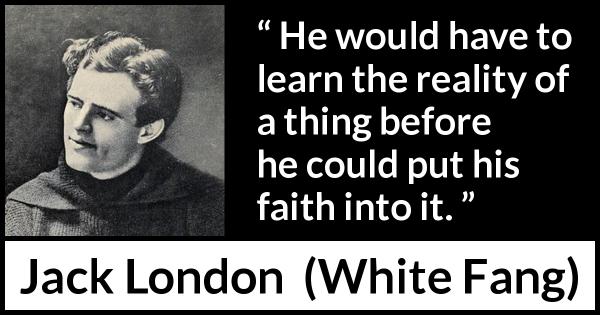 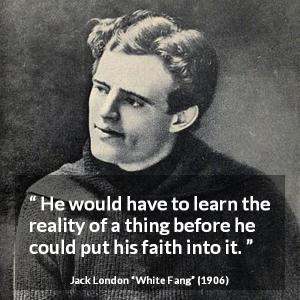 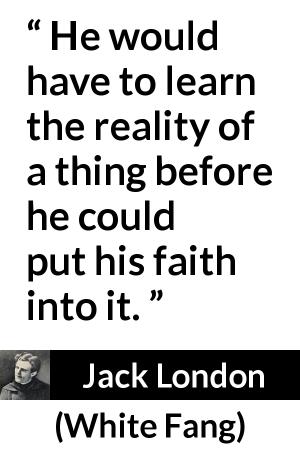 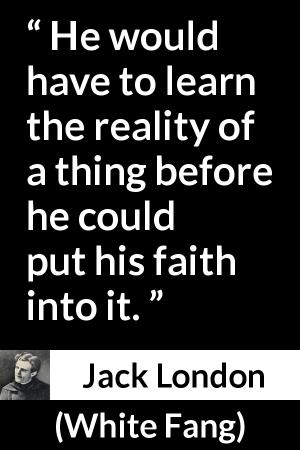