“But his operations taken together are so insignificant, a little chipping, baking, patching, and washing, that in an impression so grand as that of the world on the human mind, they do not vary the result.
​ ​ nature.
CHAPTER I. TO go into solitude, a man needs to retire as much from his chamber as from society. I am not solitary whilst I read and write, though nobody is with me. But if a man would be alone, let him look at the stars. The rays that come from those heavenly worlds, will separate between him and what he touches. One might think the atmosphere was made transparent with this design, to give man, in the heavenly bodies, the perpetual presence of the sublime.” source

“Give me my Romeo; and, when he shall die, take him and cut him out in little stars, and he will make the face of heaven so fine that all the world will be in love with night and pay no worship to the garish sun.” William Shakespeare, Romeo and Juliet

“If you love a flower that lives on a star, it is sweet to look at the sky at night. All the stars are abloom with flowers.” Antoine de Saint-Exupéry, The Little Prince

“And he who would be friends with God must remain alone, or make the whole world his friend.” Mahatma Gandhi, The Story of my Experiments with Truth

“The best remedy for those who are frightened, lonely or unhappy is to go outside, somewhere they can be alone, alone with the sky, nature and God.” Anne Frank, The Diary of a Young Girl

“it is natural to believe in God when you're alone—quite alone, in the night, thinking about death...” Aldous Huxley, Brave New World

“He who is fixed to a star does not change his mind.” Leonardo da Vinci, The Notebooks of Leonardo Da Vinci

“Every star may be a sun to someone.” Carl Sagan, Cosmos

“Let every man judge according to his own standards, by what he has himself read, not by what others tell him.” Albert Einstein, The world as I see it 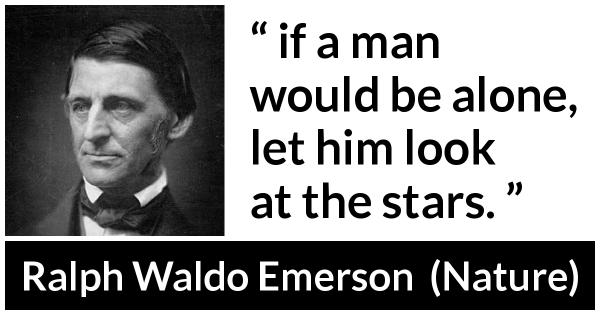 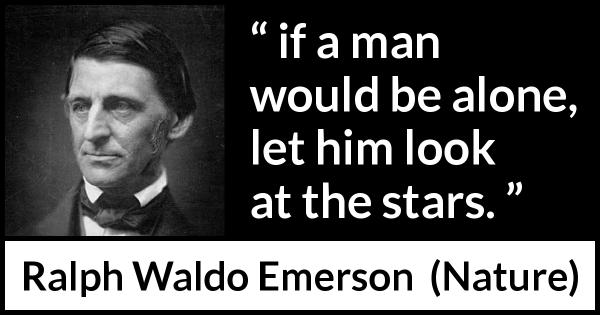 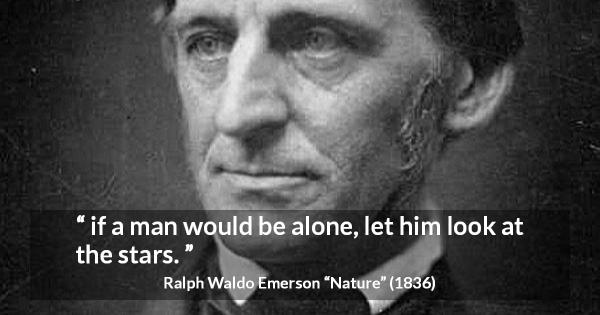 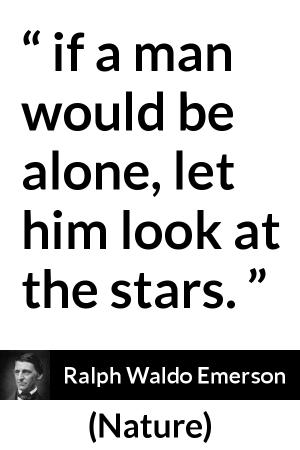 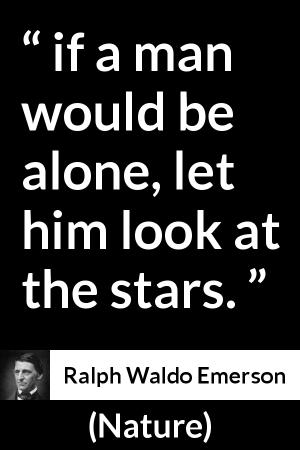 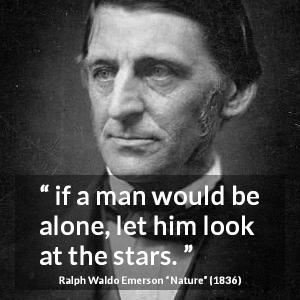