“ it is so easy for a woman to become what the man she loves believes her to be! ”
Edith Wharton, House of Mirth (1905). copy citation

“It was a meagre enough life, on the grim edge of poverty, with scant margin for possibilities of sickness or mischance, but it had the frail audacious permanence of a bird's nest built on the edge of a cliff—a mere wisp of leaves and straw, yet so put together that the lives entrusted to it may hang safely over the abyss.
Yes—but it had taken two to build the nest; the man's faith as well as the woman's courage. Lily remembered Nettie's words: I KNEW HE KNEW ABOUT ME. Her husband's faith in her had made her renewal possible—it is so easy for a woman to become what the man she loves believes her to be! Well—Selden had twice been ready to stake his faith on Lily Bart; but the third trial had been too severe for his endurance. The very quality of his love had made it the more impossible to recall to life.” source

“It's hard to love a woman and do anything.” Leo Tolstoy, Anna Karenina

“The only way to behave to a woman is to make love to her, if she is pretty, and to some one else, if she is plain.” Oscar Wilde, The Importance of Being Earnest

“How can a woman be expected to be happy with a man who insists on treating her as if she were a perfectly rational being?” Oscar Wilde, A Woman of No Importance

“it is not every man's fate to marry the woman who loves him best.” Jane Austen, Emma

“The day when it will be possible for the woman to love in her strength and not in her weakness, not to escape from herself but to find herself, not out of resignation but to affirm herself, love will become for her as for man the source of life...” Simone de Beauvoir, The Second Sex

“In his younger days a man dreams of possessing the heart of the woman whom he loves; later, the feeling that he possesses the heart of a woman may be enough to make him fall in love with her.” Marcel Proust, Swann's Way

“Believe me, to seek a quarrel with a man is a bad method of pleasing the woman who loves that man.” Alexandre Dumas, The Count of Monte Cristo

“Love begins with a metaphor. Which is to say, love begins at the point when a woman enters her first word into our poetic memory.” Milan Kundera, The Unbearable Lightness of Being 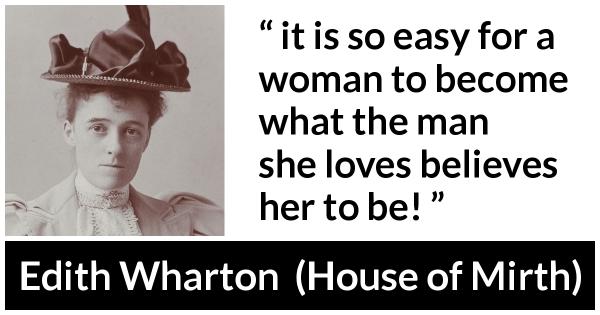 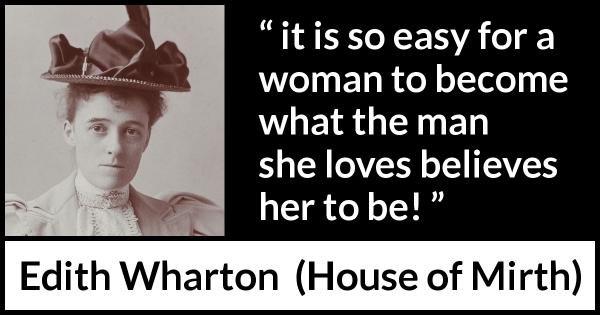 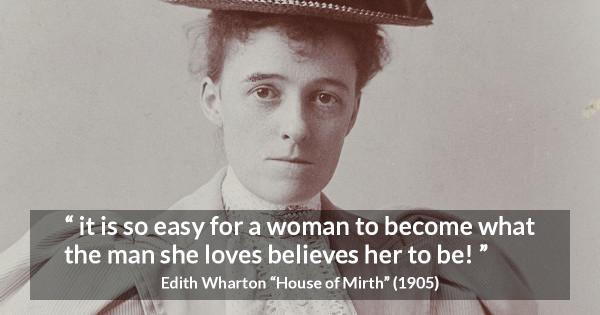 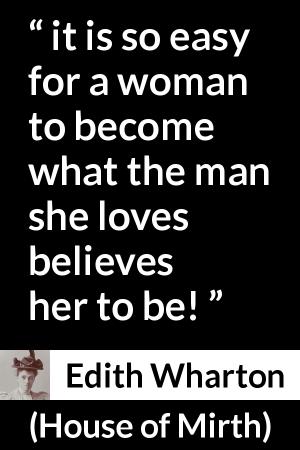 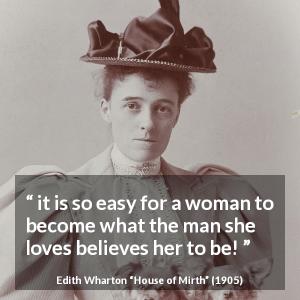