“ There is no such thing as foreign or civil war; there is only just and unjust war. ”
Victor Hugo, Les Misérables (1862). copy citation

“And then if we look at things from a still more lofty point of view, why do we speak of civil war?
Civil war—what does that mean? Is there a foreign war? Is not all war between men, war between brothers? War is qualified only by its object. There is no such thing as foreign or civil war; there is only just and unjust war. Until that day when the grand human agreement is concluded, war, that at least which is the effort of the future, which is hastening on against the past, which is lagging in the rear, may be necessary.” source

“Civil war—what does that mean? Is there a foreign war? Is not all war between men, war between brothers?” Victor Hugo, Les Misérables

“There’s never been a true war that wasn’t fought between two sets of people who were certain they were in the right.” Neil Gaiman, American Gods

“Listen up—there's no war that will end all wars . . . War breeds war.” Haruki Murakami, Kafka on the Shore

“It never was a war, any more than there's war between man and ants.” H. G. Wells, The War of the Worlds

“All other trades are contained in that of war.” Cormac McCarthy, Blood Meridian

“Coin is the sinews of war.” François Rabelais, Gargantua and Pantagruel 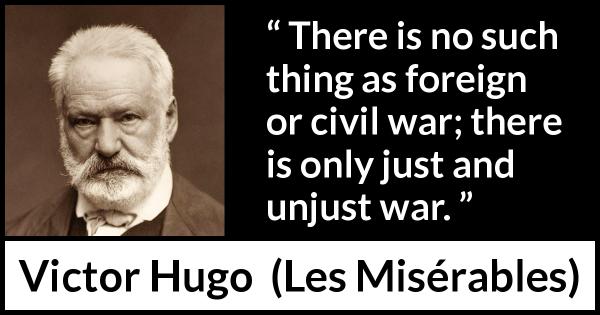 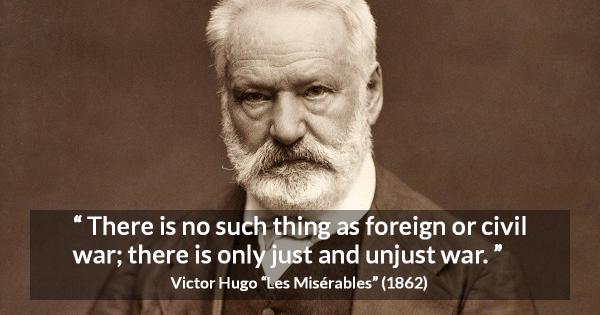 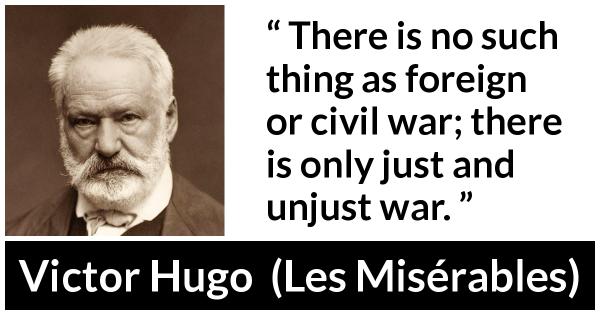 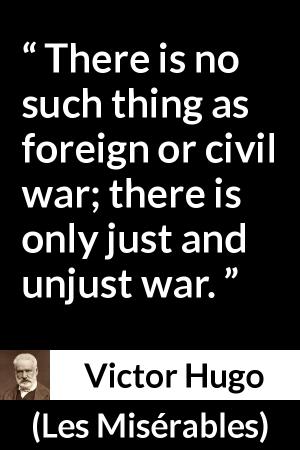 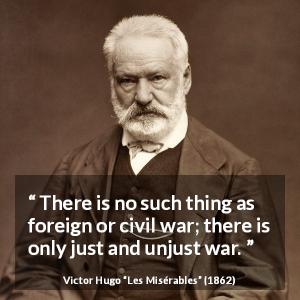 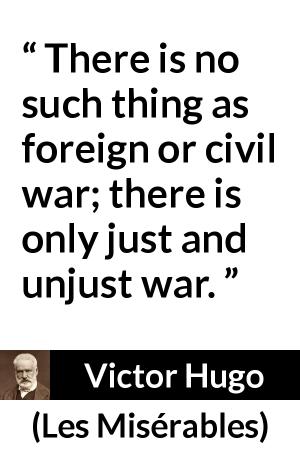