“ It's not catastrophes, murders, deaths, diseases, that age and kill us; it's the way people look and laugh, and run up the steps of omnibuses. ”
Virginia Woolf, Jacob's Room (1922). copy citation

“He had a violent reversion towards male society, cloistered rooms, and the works of the classics; and was ready to turn with wrath upon whoever it was who had fashioned life thus.
Then Florinda laid her hand upon his knee. After all, it was none of her fault. But the thought saddened him. It's not catastrophes, murders, deaths, diseases, that age and kill us; it's the way people look and laugh, and run up the steps of omnibuses.
Any excuse, though, serves a stupid woman. He told her his head ached.
But when she looked at him, dumbly, half-guessing, half-understanding, apologizing perhaps, anyhow saying as he had said, "It's none of my fault," straight and beautiful in body, her face like a shell within its cap, then he knew that cloisters and classics are no use whatever.” source

“Follies and nonsense, whims and inconsistencies, do divert me, I own, and I laugh at them whenever I can.” Jane Austen, Pride and Prejudice

“It is not happiness, but suffering that we consider unnatural. It is not success, but calamity that we regard as the abnormal exception in human life.” Ayn Rand, Atlas Shrugged

“you have to laugh at the things that hurt you just to keep yourself in balance, just to keep the world from running you plumb crazy” Ken Kesey, One Flew Over the Cuckoo's Nest 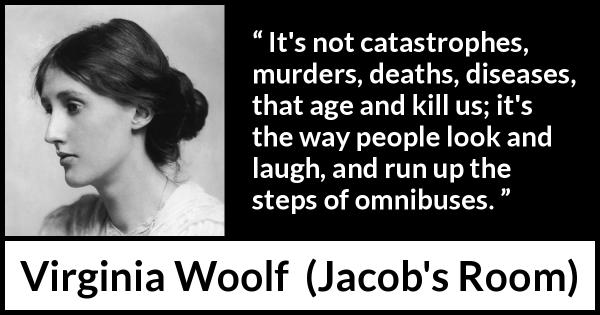 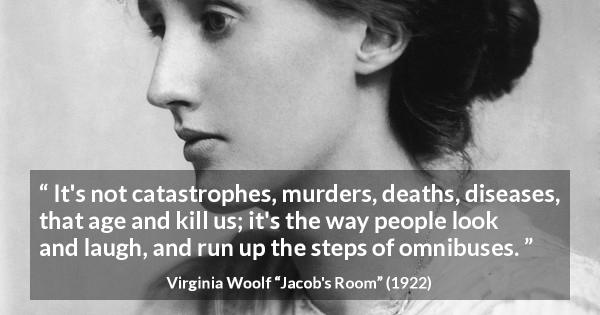 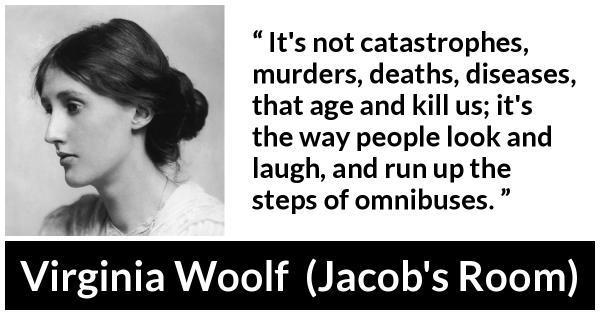 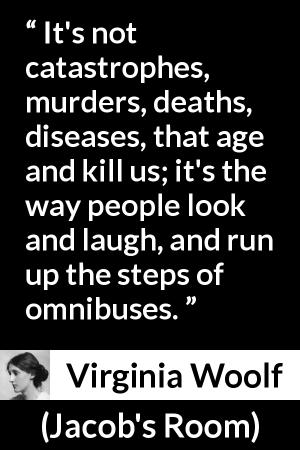 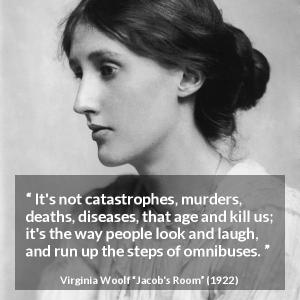 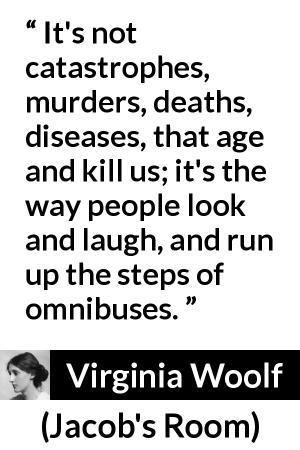