“Progress advances; it makes the great human and terrestrial journey towards the celestial and the divine; it has its halting places where it rallies the laggard troop, it has its stations where it meditates, in the presence of some splendid Canaan suddenly unveiled on its horizon, it has its nights when it sleeps; and it is one of the poignant anxieties of the thinker that he sees the shadow resting on the human soul, and that he gropes in darkness without being able to awaken that slumbering Progress.
«God is dead, perhaps,» said Gerard de Nerval one day to the writer of these lines, confounding progress with God, and taking the interruption of movement for the death of Being.
He who despairs is in the wrong. Progress infallibly awakes, and, in short, we may say that it marches on, even when it is asleep, for it has increased in size. When we behold it erect once more, we find it taller. To be always peaceful does not depend on progress any more than it does on the stream; erect no barriers, cast in no boulders; obstacles make water froth and humanity boil.” source
Original quote
“Qui désespère a tort.” Victor Hugo, Les Misérables

“Ignorance is preferable to error; and he is less remote from the truth who believes nothing, than he who believes what is wrong.” Thomas Jefferson, Notes on the State of Virginia

“If you look for truth, you may find comfort in the end: if you look for comfort you will not get either comfort or truth—only soft soap and wishful thinking to begin with and, in the end, despair.” C. S. Lewis, Mere Christianity 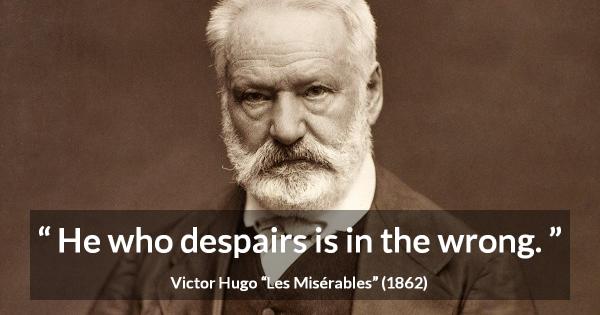 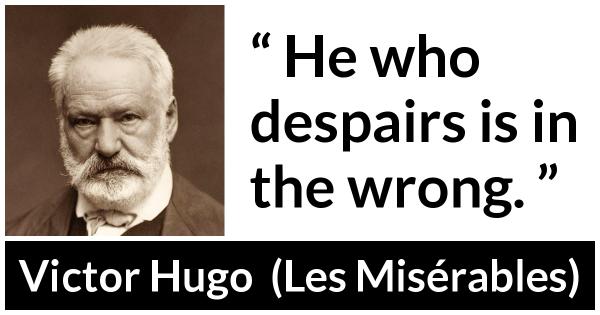 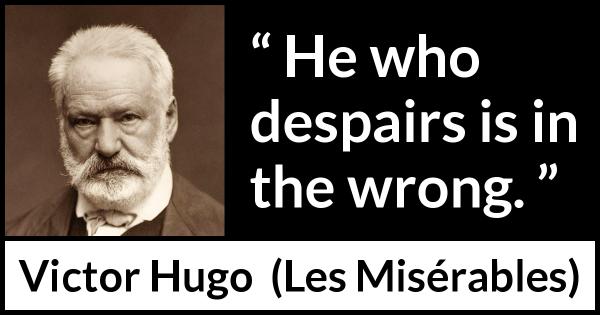 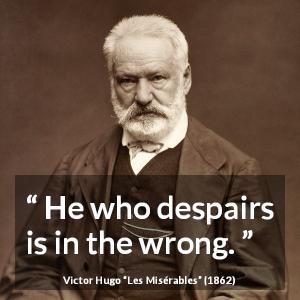 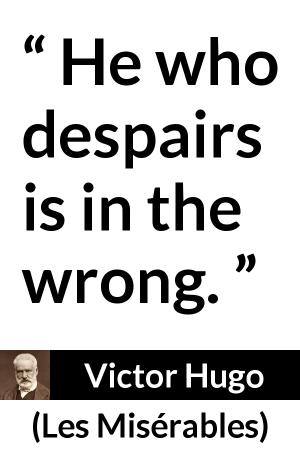 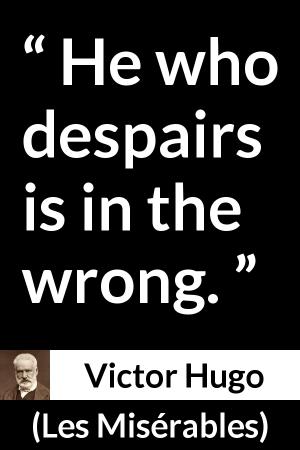