“ Mathematics, rightly viewed, possesses not only truth, but supreme beauty ”
Bertrand Russell, Mysticism and Logic and Other Essays (1910). copy citation

“10] Such was Plato's judgment of mathematics; but the mathematicians do not read Plato, while those who read him know no mathematics, and regard his opinion upon this question as merely a curious aberration.
Mathematics, rightly viewed, possesses not only truth, but supreme beauty—a beauty cold and austere, like that of sculpture, without appeal to any part of our weaker nature, without the gorgeous trappings of painting or music, yet sublimely pure, and capable of a stern perfection such as only the greatest art can show. The true spirit of delight, the exaltation, the sense of being more than man, which is the touchstone of the highest excellence, is to be found in mathematics as surely as in poetry. What is best in mathematics deserves not merely to be learnt as a task, but to be assimilated as a part of daily thought, and brought again and again before the mind with ever-renewed encouragement.” source

“There’s more beauty in the truth even if it is dreadful beauty.” John Steinbeck, East of Eden

“The science of mathematics treats its object as though it were something abstracted mentally, whereas it is not abstract in reality.” Thomas Aquinas, Summa Theologica

“True beauty after all consists in purity of heart.” Mahatma Gandhi, The Story of my Experiments with Truth

“Beauty has as many meanings as man has moods. Beauty is the symbol of symbols.” Oscar Wilde, Intentions

“I learned a little of beauty—enough to know that it had nothing to do with truth” F. Scott Fitzgerald, The Beautiful and Damned 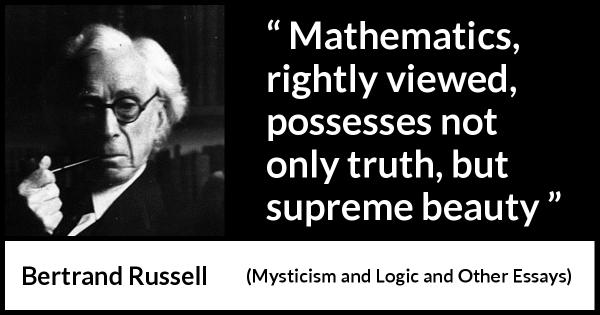 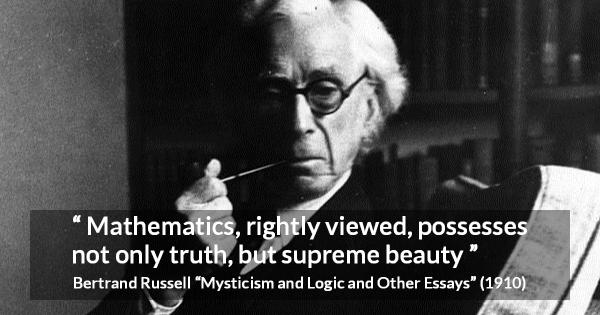 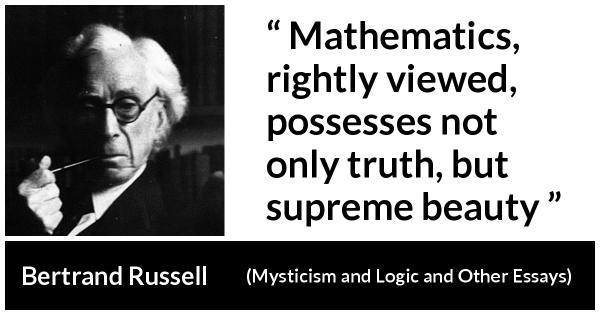 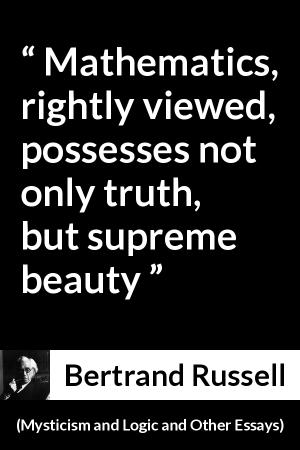 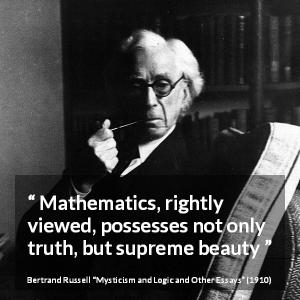 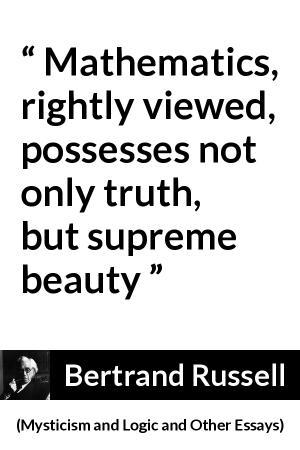