“ human beings have neither kindness, nor faith, nor charity beyond what serves to increase the pleasure of the moment. ”
Virginia Woolf, Mrs Dalloway (1925). copy citation

“One cannot perpetrate suffering, or increase the breed of these lustful animals, who have no lasting emotions, but only whims and vanities, eddying them now this way, now that.
He watched her snip, shape, as one watches a bird hop, flit in the grass, without daring to move a finger. For the truth is (let her ignore it) that human beings have neither kindness, nor faith, nor charity beyond what serves to increase the pleasure of the moment. They hunt in packs. Their packs scour the desert and vanish screaming into the wilderness. They desert the fallen. They are plastered over with grimaces. There was Brewer at the office, with his waxed moustache, coral tie-pin, white slip, and pleasurable emotions—all coldness and clamminess within,—his geraniums ruined in the War—his cook's nerves destroyed; or Amelia Whatshername, handing round cups of tea punctually at five—a leering, sneering, obscene little harpy; and the Toms and Berties in their starched shirt fronts oozing thick drops of vice.” source

“any pleasure that does no harm to other people is to be valued.” Bertrand Russell, The Conquest of Happiness 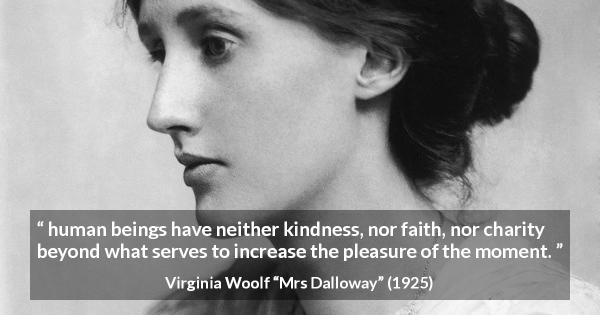 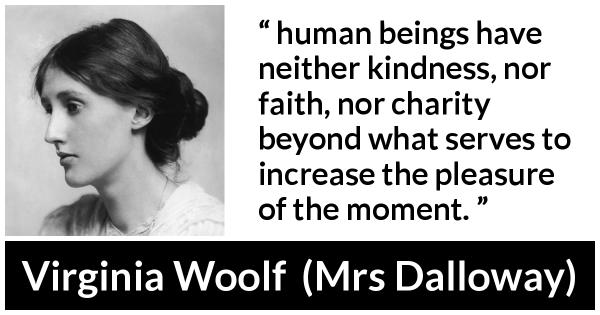 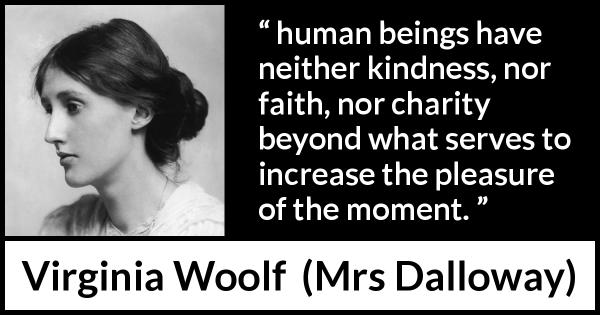 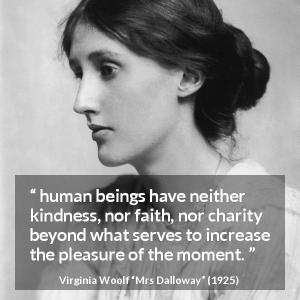 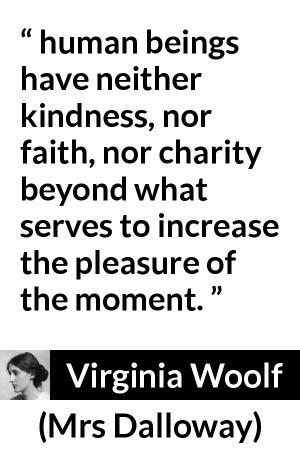 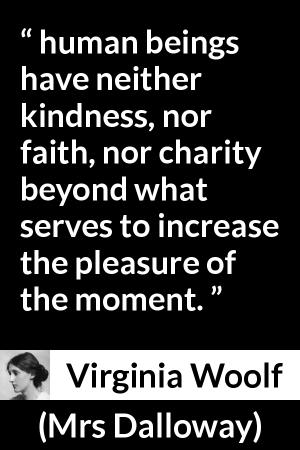