“ is there such depravity in man as that he should injure another without benefit to himself? ”
Samuel Johnson, The History of Rasselas, Prince of Abissinia (1759). copy citation

“They exposed me to the theft of servants and the exaction of officers, and saw me plundered upon false pretences, without any advantage to themselves but that of rejoicing in the superiority of their own knowledge.»
«Stop a moment,» said the Prince; «is there such depravity in man as that he should injure another without benefit to himself? I can easily conceive that all are pleased with superiority; but your ignorance was merely accidental, which, being neither your crime nor your folly, could afford them no reason to applaud themselves; and the knowledge which they had, and which you wanted, they might as effectually have shown by warning as betraying you.»” source 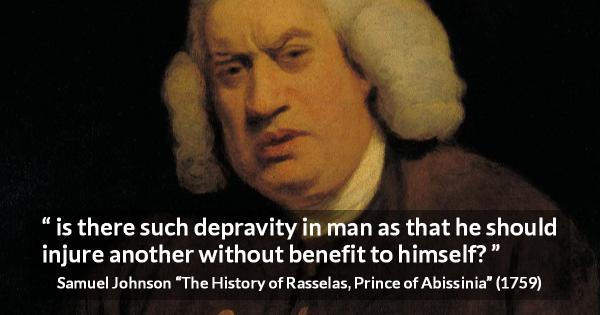 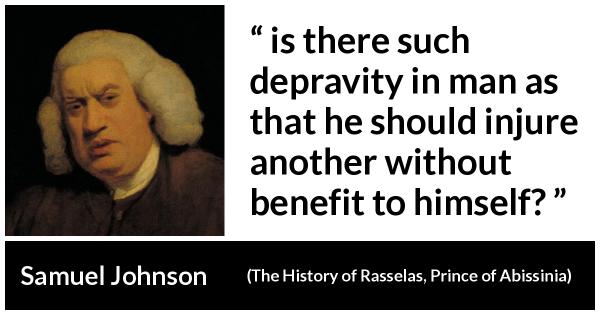 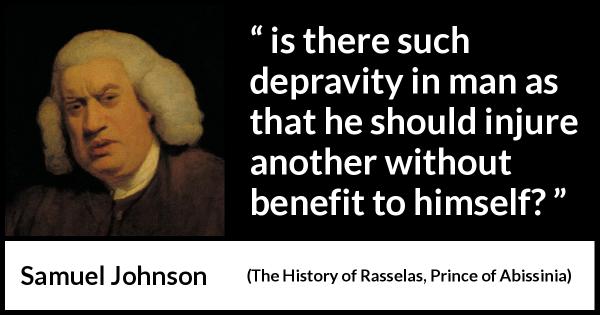 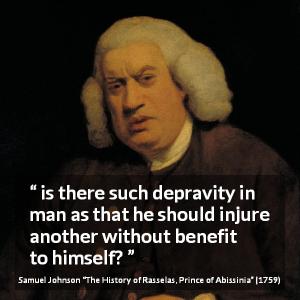 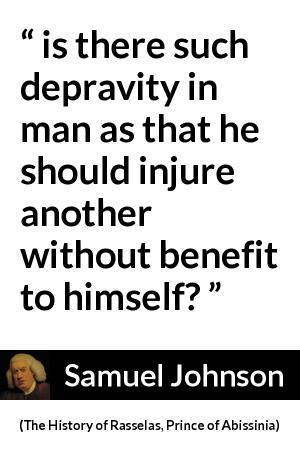 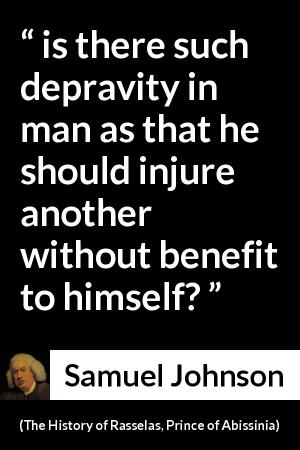