“ At the present time, Hitler is an outcome of Rousseau; Roosevelt and Churchill, of Locke. ”
Bertrand Russell, A History of Western Philosophy (1945). copy citation

“Ever since his time, those who considered themselves reformers have been divided into two groups. those who followed him and those who followed Locke. Sometimes they cooperated, and many individuals saw no incompatibility. But gradually the incompatibility has become increasingly evident. At the present time, Hitler is an outcome of Rousseau; Roosevelt and Churchill, of Locke.
Rousseau's biography was related by himself in his Confessions in great detail, but without any slavish regard for truth. He enjoyed making himself out a great sinner, and sometimes exaggerated in this respect; but there is abundant external evidence that he was destitute of all the ordinary virtues.” source

“The whole commerce between master and slave is a perpetual exercise of the most boisterous passions, the most unremitting despotism on the one part, and degrading submissions on the other.” Thomas Jefferson, Notes on the State of Virginia 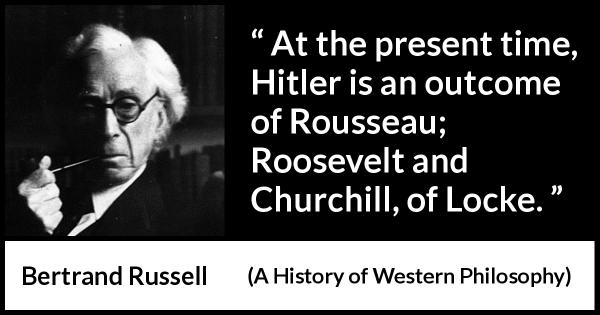 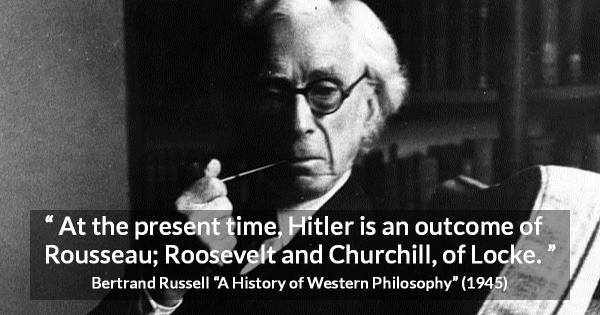 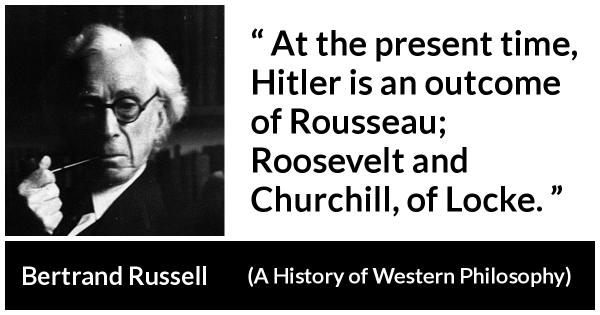 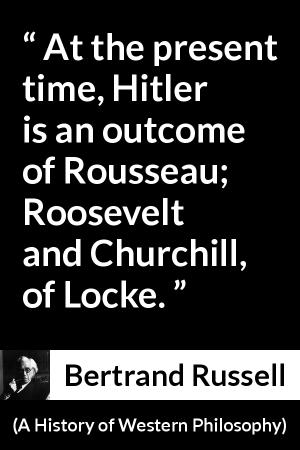 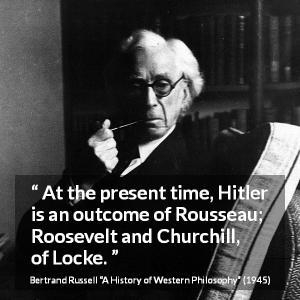 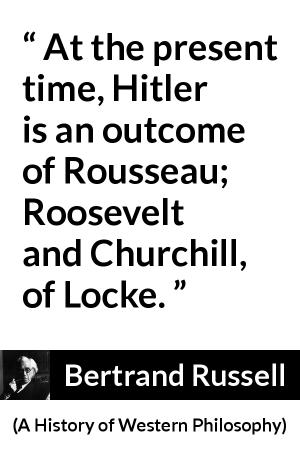